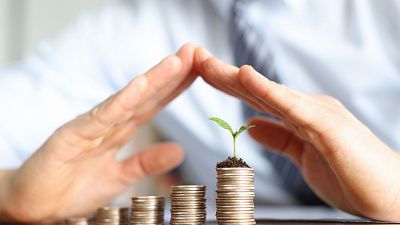 What’s the connection between the food sharing app Olio, the Swedish green batteries maker Northvolt and the marketplace for second-hand clothing Depop?

They are all climate tech startups whose investment has skyrocketed since the Paris Climate Agreement, raising a record $32 billion (€27,5 billion) in 2021, according to a new report from startups data provider Dealroom and international trade, investment and promotion agency for London London & Partners.

“As a driving force of innovation, creativity and making the impossible possible, technology is essential to enable and accelerate transformation at the scale and pace required,” said Lucette Demets, head of sustainability at London & Partners.

“Since the Paris Agreement, we have seen exceptional growth in the number of climate tech companies globally - those working to reduce or eliminate greenhouse gas emissions and address the impacts of climate change.”

What are climate tech startups?

“We consider an impact startup to be a company that is addressing one or more of the UN Sustainable Development Goals (SDGs),” the report said. “So far we have manually classified over 7,000 startups using this framework.”

These climate tech startups are companies that are applying technologies to reduce greenhouse gas emissions, or addresssing the impacts of climate change.

More than 80 per cent of the funding is going to energy and transportation startups, though a growing part is also going to food companies and startups focused on the circular economy.

Among them, many startups dedicated to second-hand and repaired products, such as the Lithuanian app Vinted (over €236 million) and French Backmarket (over €288 million).

According to the report, Europe is now the fastest growing region for climate tech, with investment growing seven times since 2016.

“Europe is one super connected tech ecosystem and in order to really drive progress, we need cities to work together to spark ideas, share knowledge and scale solutions.”

As for the United Kingdom, it ranks fourth globally for climate tech investment, with London-based startups receiving over 70 per cent of UK funding.

All eyes on London

With a thriving climate tech ecosystem, London is home to 416 climate tech companies, more than any other European city.

The growth of climate tech is being driven by significant global investment into areas such as transportation, energy and circular economy solutions.

London is the second city globally for the number of climate tech rounds raised by startups, suggesting an active ecosystem with significant growth ahead.