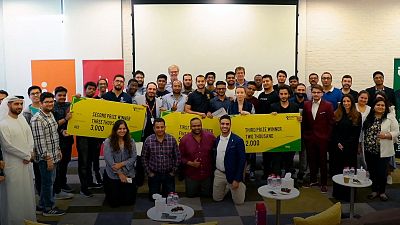 In business, fostering entrepreneurship is a key component of economic development.

France has Station F is a business incubator for start-ups, located in 13th arrondissement of Paris to encourage upcoming businesses, but it also houses some well-established big fish including Facebook, Microsoft and L'Oréal.

In the US, the success of Silicon Valley the destination of choice for establishing technology businesses is no secret, with it now home to dozens of major technology, software, and internet companies as well as now being one of the wealthiest regions in the world, and one of the hottest real estate markets.

While in Dubai, highly successful businesses – such as Careem and Kitopi – are fuelling Dubai’s startup ecosystem by enticing entrepreneurs to launch ventures of their own.

Founded in Dubai in January 2018, Kitopi is the world’s leading managed cloud kitchen platform, which uses technology to optimise all aspects of kitchen operations in real-time. It has more than 200 brand partners, 3,500 employees and 80 cloud kitchens across the Gulf Cooperation Council (GCC). In January 2022, it celebrated its fourth anniversary with the launch of its first kitchens in Bahrain and Qatar, to be followed by the launch of more kitchens in Singapore and Malaysia in the second half of 2022.

Dubai-born cab firm Careem raised over €681 million in investment in its first six years of trading and then, in 2019, Uber acquired Careem in a ground-breaking €2.7 deal billion.

“When you see success stories like Careem, they inspire the next generation of people trying to start companies to replicate them,” says Phillip Bahoshy, founder of data analytics platform MAGNiTT. “I think currently it's easier than ever before to try to start a company. The cost of setting up is less than it used to be, the opportunities are becoming clearer.”

Kitopi CEO and co-founder Mohamad Ballout agrees: “That's what you've seen happen in Silicon Valley and Station F in France where they’ve built up an ecosystem and inspire one another. A lot of founders graduated out of the Careem ecosystem and built up their own companies.

"I think the same thing will happen with the Kitopis of this world," Ballout added. "You have that flywheel of great companies growing, graduating and creating some form of exits for employees who later on go build their thing – and that flywheel is happening right now.”

Kitopi is now entering a new phase of its growth strategy across its markets. This strategy will see Kitopi investing up to US$1 billion (€882 million) in the next two years to grow a network of the best local, regional and international brands that have synergy with its operating platform.

Meanwhile, Dubai Future District Fund launched in November 2021 with an initial purse of AED1 billion (€65 million). Its aim is to support technology start-ups and specifically establish 1,000 companies in the country within five years, encouraging them to list on stock exchanges, attracting more private investment funding to the country.

Globally, in 2021, more than 50 per cent of the world’s private investment funding went to startups in the United States. Currently, the top five countries with the most private funds invested are the United States, China, the UK, India and Germany.

No matter which country you're in, for those considering whether this is the right time to launch a startup, there’s a saying in business: The best time to plant a tree was 20 years ago. The second-best time is now.

How Dubai Internet City is becoming a hub for tech companies