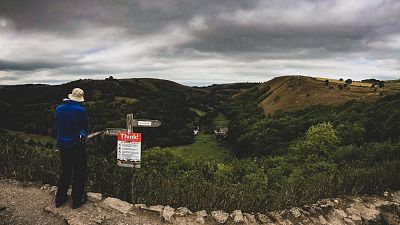 The UK’s recent mini-budget has been branded an “attack on nature” by conservation groups who say it could lead to environmental protections being rolled back.

On Friday, Chancellor Kwasi Kwarteng announced the creation of 38 new investment zones across the country - low-tax, low-regulation areas where planning restrictions could be lifted to encourage growth.

Environmental rules could be slashed to make way for development, alongside requirements for affordable housing and height restrictions.

“This Government has today launched an attack on nature,” RSPB England said in a post on Twitter.

If they carry out their plans nowhere will be safe. This map shows legally protected areas in purple and orange (the SACs and SPAs) mapped on to districts, in green, that want investment zones. Places where anything could be built anywhere. And these are just the start. 4/13 pic.twitter.com/hFaY77SXBb

The charity worries that these new zones will allow indiscriminate development at the cost of the country’s wildlife and natural habitats. The Wildlife Trusts stood with RSPB in “calling out the unprecedented attack on nature” saying that they will be challenging the decisions together.

Make no mistake - we are also incredibly angry. We stand with @RSPBEngland in calling out the unprecedented attack on nature launched by UK Government over the last few days. We’ll be challenging this together and asking for our supporters to stand with us. https://t.co/Phcxnf1buF

Other groups have pointed out the health and economic benefits of leaving natural environments intact.

“Rather than ramp up action to support our environment, this government appears however to be heading in the opposite direction,” Hilary McGrady, director general of the National Trust, said in a statement.

“Environmental protections are dismissed as 'burdens', whilst investment and growth are pitted against nature and climate action.

“The new Investment Zones represent a free-for-all for nature and heritage, yet we know that green spaces and beauty are vital to attract investment and for a good quality of life.”

Though the plan is focused on England for now, there is a clear intent to extend these investment zones across the rest of the UK.

EU laws on pesticides, pollution and habitats set to go

EU environmental protections could also be ripped up under a new bill announced by the government last week.

After Brexit, former environment secretary Michael Gove retained these laws with a promise that the UK’s environmental laws wouldn’t be watered down.

The bill, put before parliament last Thursday, includes the potential rollback of around 570 environmental laws covering everything from pesticide use to pollution and habitat protection. Business secretary Jacob Rees-Mogg said that “retained EU law was never intended to sit on the statute book indefinitely.”

He added that it was time to “fully realise the opportunities of Brexit and to support the unique culture of innovation in the UK.”

The RSPB says that it could mean the end of “laws that protect our birds and animals, everywhere from forests to our coasts.”

“If they carry out their plans nowhere will be safe,” the charity wrote on Twitter. Combined with the creation of the investment zones, it says the government has “effectively launched a full-on attack on the laws that protect nature.”

Subsidiaries for farmers improving nature could be scrapped

There are also rumours that the UK government could scrap plans for schemes that would pay farmers for improving nature and increasing carbon capture.

Michael Gove came up with the Environmental Land Management Schemes (ELMs) to encourage landowners to make space for endangered species, help protect nature and enrich the environment. Three schemes were due to be introduced in the next few years.

Pilot projects have so far already helped bring back habitats for rare birds like nightingales and even beavers.

Instead, the Department for Environment, Food and Rural Affairs (Defra) revealed to UK newspaper the Observer that landowners could be paid a yearly sum for every acre of land they own. This is very similar to the EU’s basic payment scheme - part of the highly criticised common agricultural policy.

National Trust general director Hilary McGrady says that a “rumoured return to EU-style land subsidies” will waste one of Brexit’s most significant opportunities for nature - “fatally undermining improvements to the nature, soil and water upon which sustainable food production depends.”