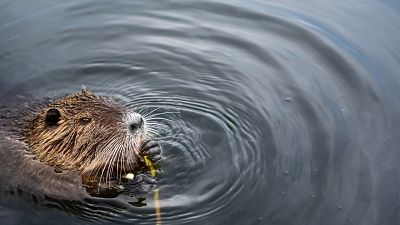 Our planet is home to some truly impressive conservation efforts that have the power to bring back animals in ways we previously thought were impossible.

Species that have suffered and dwindled in population for decades, if not centuries, are being reintroduced back into their natural environments with the help of ecological genius and a dash of luck.

Thousands of birds, rodents, and mammals are being given a renewed chance to thrive in the places they used to call home.

Here are some of the world’s most awe-inspiring examples of animals that were successfully reintroduced into the wild.

Beavers once flourished across Europe but fell prey to heavy hunting for their meat and fur. By the sixteenth century, they were considered extinct in many countries.

Now, there are a number of initiatives in place to reintroduce them into Britain. They serve an environmental purpose, too and the Scottish Beaver trial broke new ground by allowing them to be observed roaming free for the first time in 400 years.

Wildlife trusts in a record number of British rural areas have been reintegrating them in pairs ever since and the results are looking positive enough for a growing number of regions to want to join.

Now they use their dam-building skills to restore habitats, support other animals and lessen the risk of floods.

A post shared by Wild horses by Katalin Ozogany (@przewalskihorses)

Chernobyl is perhaps one of the world’s most unexpected places to witness animal life thriving.

Ukrainian authorities maintain the area may not be fit for humans for another 24,000 years, but back in 1998 a group of thirty Przewalski horses - named after a Russian originally native to Asia - were behest upon the area.

The experiment was paused after some time but that hasn’t stopped the herd from growing to 150 horses in what became one of Europe’s largest accidental nature reserves. A further 60 Przewalski’s have also been detected across the border in Belarus.

Conservationists are now keen to replicate the success within Chernobyl using other animal species.

4 and 5) The Eurasian and Iberian lynx

Europe’s very own “big cats” have made a welcome return to many countries since being wiped around 200 years ago.

You may have never spotted one of the virtually nocturnal predators but they are considered a keystone species - an essential presence that helps to maintain healthy populations of other animals.

The Eurasian lynx was reintroduced to the Swiss Alps back in the 70s, while the Iberian lynx inhabits warmer climates, such as Spain and Portugal. There are also belts of resettling zones across Slovenia, France, Italy, the Czech Republic and Austria.

High degrees of habitat fragmentation in the Alpine region have risked putting the Eurasian species back in danger. Even so, there are at least 9,000 in the continent, doing their bit for the ecosystem.

Contrary to what the name might have you believe, Tasmanian devils weren’t always strictly limited to the island that shares their name.

Roughly 3,000 years ago you could find them in many other parts of Australia before they were obliterated by illness and, somewhat mythically, the arrival of Australia’s dingoes.

Last year the Tasmanian devil took on a renewed presence at a wildlife sanctuary in New South Wales - quite the distance from the island of its origins. Those at the helm of the reintroduction hope the marsupials could control the state's feral cat and fox population.

Their numbers exploded in the wake of NSW’s bushfires, with cleared terrain giving them a distinct advantage over their prey.

Don’t be fooled by their association with fertility in popular culture - for a while, the white stork found it really hard to keep their numbers up across Europe. They were almost completely wiped out in the 1960s by growing industrialisation.

This was a matter of great concern to residents of the tourist region of Alsace, eastern France, because the bird was their emblem. For a period, they could sparsely be found outside of the gifts and art used to promote the area.

In 1976 the NaturOparc Reintroduction Center, situated in Alsace’s Wine Valley, opened as a breeding centre to get their population back on track. A number of other organisations, including the Association for the Protection and Reintroduction of Storks in Alsace and Lorraine (APRSAL), joined the fight.

The black and white birds went from just 10 active mating pairs in Alsace to over 600 today because of it.

It’s not very often an animal this small is up for debate in the European Courts of Justice.

Back in 2011 the black-bellied hamster was subjected to exactly that after lack of welfare protections from its perceived “ferocity” led to dwindling numbers of the grassland rodent across Europe.

Despite protections laid out to prevent the animal from being considered vermin, it faced - and continues to face - obstacles like climate change, agriculture, and light pollution.

However, the number of initiatives in place to help it thrive across the continent is on the rise.

Last year, conservationists at the Khotyn National Park, Ukraine successfully released 11 captive-raised hamsters into the area to bring the black-bellied hamster population back to its former glory.

This joins notable projects in its primary European habitats across the Netherlands and Belgium.