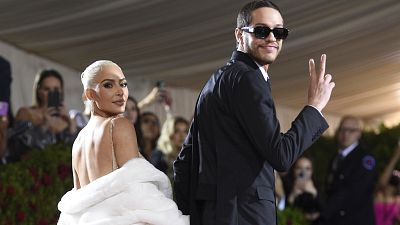 Kardashian posted a video to her instagram in which she announced her new role as chief taste consultant.

The entrepreneur claims to have been ‘mostly vegan’ for the last two years, and claims her four children all enjoy the plant-based goodies offered by Beyond Meat.

“I believe so much in the mission of Beyond Meat that I’ve stepped in to help with my greatest asset – my taste,” Kardashian remarks in a video posted to her Instagram, humorously alluding to her famous curves.

“This plant based meat is not only amazingly delicious but it’s also better for you and better for the planet.”

Kardashian previously teamed up with Beyond Meat to make plant-based tacos for her sister Kourtney’s lifestyle blog, Poosh, and regularly shares videos of her walk-in refrigerator full of organic produce on social media.

She joins a list of celebrity endorsements for the brand including Kevin Hart and Snoop Dogg.

Do wealthy people have a higher carbon footprint?

While Kardashian may extol the virtues of a plant-based diet, and recently appeared to tacitly endorse a politician for his support of local environmental issues, her advocacy for environmental causes may raise eyebrows in some quarters.

Kardashian is part of a billionaire class who have been criticised for their exhaustive use of resources and high-carbon lifestyles.

Last year, a study by Oxfam found that by 2030 the carbon footprints of the richest 1 per cent of the world’s population will account for 16 per cent of total planetary emissions.

The figure is 30 times greater than what is compatible with keeping temperatures below 1.5C of warming.

Announcing the study, head of Oxfam’s operations in Scotland Jamie Livingstone called for measures to tackle the extravagant ways of the super rich.

"The luxury lifestyles and continued plundering of the planet by the world's richest people are placing us all in ever graver peril,” said Livingstone.

"The emissions from a single billionaire space flight would exceed the lifetime emissions of someone in the poorest billion people on earth.”

Earlier this year Kardashian’s current partner, Pete Davidson, was due to board one of Jeff Bezos’s Blue Origin and take a trip to space. He eventually backed out due to scheduling conflicts.

Are the Kardashians environmentally friendly?

Kardashian owns several business lines including the fashion e-commerce business SKIMS, which markets itself as the next generation of loungewear, underwear and shapewear.

The fast-fashion brand is heavily criticised on the website Good on You which rates brands for their sustainability. Good on You told users to avoid SKIMS due to its lack of transparency on where its goods are made, labour conditions and materials used.

Likewise the Kardashian family have been heavily criticised for their liberal use of private jets to get around.

The Kardashian family is often filmed using private jets to vacation or travel for work, with Kim currently leading a bi-coastal lifestyle to visit ex-SNL cast member Davidson in New York from her home in Calabasas, California.

Private jets are estimated to produce 10x the amount of carbon emissions per passenger compared to commercial flights, a shocking amount of resources for one person.

In 2019 Kardashian even defended Prince Harry and Megan Markle when the couple were criticised for hypocrisy over their use of private jets whilst supporting environmental causes.

“I think that everyone makes their own choices and decisions. And I think that, like I said, no one’s gonna be perfect,” Kardashian told Reuters.

In a statement on her new role with Beyond Meat, Kardashian says “It’s empowering to know that the small changes I’m making for my family, like incorporating more Beyond Meat into our meals, can add up to make a big impact.”

Many will be wondering whether Kardashian is willing to make further small changes to the way she travels and how she runs her business to make a big impact. As a member of the billionaire class, she is well placed to do so.