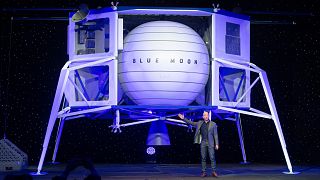 A majority of people now believe billionaires should focus their resources on climate change before space travel, a survey of the UK public has revealed.

In 2021, a handful of prominent billionaires including Jeff Bezos and Richard Branson blasted off into space. Their extraterrestrial exploits have created a lot of headlines and discussions across social media. And now new research has revealed that not all of it is positive.

Three-quarters of those asked believed that wealthy individuals should be using their resources to tackle the problems facing planet Earth - not spending millions on space travel.

The study was commissioned by Transmission Private, a reputation management firm that says it is a “stinging rebuke” of the activities of these “space billionaires.”

“The research suggests that a large proportion of the public feel, rightly or wrongly, that some members of the billionaire class are out of touch with the problems facing the planet,” says Jordan Greenaway, a partner at the company.

The research suggests that a large proportion of the public feel, rightly or wrongly, that some members of the billionaire class are out of touch with the problems facing the planet.

Seven in 10 also thought that wealthy individuals should pay more tax to cover the costs of climate change - only 8 per cent said that ultra high wealth individuals were already contributing enough. This outstrips the proportion of the public who back higher taxes on the rich generally.

“This is a sentiment that could pave the way to more calls from the public for targeted climate taxes on the lifestyles of wealthy individuals in the New Year,” Greenaway adds.

The rise of space tourism

The potential backlash comes after a year that saw companies including Elon Musk’s SpaceX and Virgin Galactic push to make space tourism more common. But they claim that their research is helping to minimise the environmental impact of rocket launches and develop technology that can help with the climate crisis.

On its website, Bezos’ Blue Origin says it “believes that humanity will need to expand, explore, find new energy and material resources, and move industries that stress Earth into space.”

And some experts, including retired NASA astronaut Nicole Stott, agree that space travel could be necessary to inspire action on climate change.

“It's taken that for innovation to happen in many other areas where life has improved for us on Earth. And space is just another example of that.”

Just 66 per cent of people aged 18 to 24 thought that ultra-high-net-worth individuals should focus their resources on Earth over space compared to nearly 80 per cent of those aged over 65.

Greenaway believes that young people, in general, are more forgiving of wealthy individuals and their motives. He points to another study, focusing on COVID-19, which showed that young people were much more likely to say wealthy people were shouldering their portion of the costs and responsibility.

“That said, I also think there is an additional factor at play here: younger people are more likely to feel a sense of collective responsibility for tackling, overcoming, and solving the climate crisis,” he explains.

Younger people are more likely to feel a sense of collective responsibility for tackling, overcoming, and solving the climate crisis

“Younger people feel that the historic challenge presented by climate change is a responsibility that lies at the door of all of us as a society, and that we all have a responsibility to change our lives and that the solution doesn't simply lie in the hands of a small group of people, whether that's politicians or, in this case, very wealthy people."

But the key is that these high net worth individuals need to make their position on climate change clear - despite fear of criticism.

“While this anxiety is understandable, if many UHNWIs (ultra-high net worth individuals) continue to try to sit on the sidelines of this debate, they will soon find themselves facing a wave of very public discontent,” Greenaway concludes.