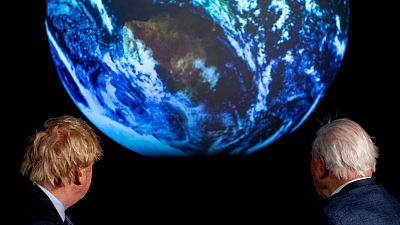 Everyone is talking about COP26 - but what actually is it, and why does it matter so much?

The UN Climate Change Conference (the official name for climate Conferences of the Parties) has happened every year since 1995. The two-week summits are an important space for stakeholders to discuss the climate crisis on a global level.

These annual conferences bring together those that have signed the United Nations Framework Convention on Climate Change (UNFCCC), an international environmental treaty addressing climate change.

Every UN member state is a signatory for the UNFCCC, as well Palestine, the Cook Islands and Niue, while the Holy See is an observer to the treaty.

Effectively every nation, country, or state in the world is involved, giving a total of 197 signatory parties.

Each year representatives from every party come together to discuss action on climate change in what is known as a COP. The 26th COP was meant to take place in Glasgow, UK last November, but it was postponed due to the COVID-19 pandemic.

Despite the disruption, COP26 has been keenly anticipated - with many leaders, activists and scientists having high expectations for this year’s conference.

We'll be at the summit bringing you all the latest news, interviews and coverage of expected protests.

We'll also be sending out a daily newsletter - you can sign up here.

Government officials are expected to discuss technical issues including carbon credits, funding for countries vulnerable to climate change and nature-based solutions in the first week of the summit.

The second week will cover topics including gender, transport and the practical solutions needed to adapt to climate impacts.

A full rundown of the presidency programme can be found here with public webcasts available for key meeting and high-level events.

For the first time in history, the UN Climate Change Conference is being held in the UK. Scotland’s largest city, Glasgow, serves as host.

This UN-managed space is based at the Scottish Event Campus (SEC) in the west part of the city.

The Green Zone is run by the UK government and is designed to be a platform for the public, artists, academics, and more to encourage grassroots participation and promote conversations around climate change.

This is set to be held at the Glasgow Science Centre, which also includes a 370-seat IMAX cinema auditorium. A full schedule of events happening in the Green Zone and information on how to book tickets can be found here.

Though there may be some virtual elements, the bulk of the convention will be held in person in Glasgow.

There have been concerns that the summit will not be safe, equitable and inclusive. Environmental groups have said that due to red list restrictions and quarantine requirements, countries from the Global South could be left out.

In response, the UK government has said that it will give vaccinations to any delegate who needs one so that as many people as possible can attend in person.

Representatives from more than 190 countries including world leaders and tens of thousands of negotiators are expected to attend, along with members of the press and observer organisations.

British politician Alok Sharma was named President of COP26 in January of this year, and other members of the cabinet such as Michael Gove and Prime Minister Boris Johnson will attend too.

The US Special Presidential Envoy for Climate, John Kerry is set to be a major part of discussions, and President Joe Biden will be at the event too.

This is in part because of this COP’s significance (Barack Obama gave a speech at the last major COP in Paris in 2015), but also to mark his country’s return to the Paris Agreement.

More than 100 world leaders have already confirmed their attendance as the conference approaches including Australian Prime Minister Scott Morrison who previously said he might not come.

Due to the importance of this year’s summit, many high profile guests are also planning to go to the Glasgow summit. Greta Thunberg is one of the latest names to join the list of attendees alongside David Attenborough and Pope Francis.

Following medical advice to rest, the Queen has said that she will not be going. Instead she will deliver her address to delegates via a pre-recorded message. Other royals including the Prince of Wales, the Duchess of Cornwall and the Duke and Duchess of Cambridge are still set to attend the summit.

The Kremlin has confirmed that Russian President Vladimir Putin will not be travelling to COP26. Boris Johnson has also been told that Chinese President Xi Jinping will not be in attendance.

COP events are split across two different sites - the Green Zone and the Blue Zone.

In the Blue Zone, 30,000 experts and decision-makers will take part in panels, discussions and events.

The Green Zone is the area for the public to learn more about COP-related projects. Throughout the two weeks, workshops, exhibitions and discussion groups will help promote social action and education around environmental issues.

These include an electric and hydrogen showcase from the likes of Extreme E as well as experiences from companies such as Microsoft, Unilever and Sky.

Many of the events happening in the Green Zone will also be available online. If you aren't able to make it to Glasgow, you can join them virtually via the COP26 YouTube channel.

But the official conference isn't the only way to get involved. The City of Glasgow alongside NGOs and other environmental groups will be holding their own events around COP26.

Protests and mass mobilization are also likely to take place with groups including Extinction Rebellion saying they have disruption planned during the summit.

The UN Environment Programme has warned that climate commitments are already falling far short of what is needed to meet these goals - but there is hope from net-zero pledges. UN Secretary General Antonio Guterres said this should be a "thundering wakeup call" for leaders ahead of the summit.

However, the UNFCCC is one of the only COPs to meet annually or have all 197 signatories in attendance.

The UNFCCC is particularly special, as it’s one of three conventions to have come out of the 1992 Earth Summit held in Rio de Janeiro, Brazil.

This conference, at the time known as the UN Conference on Environment and Development, saw the birth of three environmental conventions:

These three conventions together are collectively known as the Rio Conventions and have a set of combined aims to protect the planet and its delicately balanced ecosystems.

By chance all three of the Rio Conventions are meeting in 2021. The first part of the CBD COP15 was held in October, followed by COP26 in November, and then UNCCD COP15 at the end of the year.

Some people have dubbed 2021 a ‘super year for nature’ because of the potential for positive environmental change at these three, key events. For the first time ever, nature and how it interacts with other aspects of tackling the climate crisis is a central theme for COP26.

It is hoped that this will bring the aims of these environmental COPs together rather than treating them as separate.

Euronews Debates: How should China and Europe transition to clean energy?