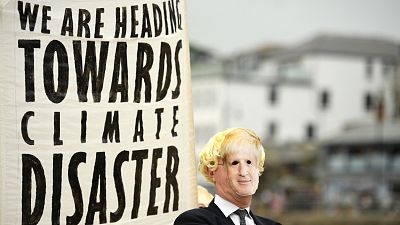 Environmental groups are calling for COP26 to be postponed over concerns that the summit will not be safe, equitable and inclusive.

They argue that vaccine inequality and expensive quarantine hotels will prevent “huge numbers” of delegates from the Global South from being able to attend.

The Climate Action Network, a group that represents more than 1500 civil society groups from 130 countries points to Africa as an example. While around 57 per cent of people in Europe are now vaccinated, in Africa that number is just 3 per cent.

“Our concern is that those countries most deeply affected by the climate crisis and those countries suffering from the lack of support by rich nations in providing vaccines will be left out of the talks and conspicuous in their absence at COP26,” says Tasneem Essop, executive director of Climate Action Network.

Our concern is that those countries most deeply affected by the climate crisis will be left out.

Climate Action Network says that despite promises to vaccinate participants, many have not yet been provided and the government has failed to provide clarity around the logistics of quarantine for those from red list countries.

“There has always been an inherent power imbalance within the UN climate talks and this is now compounded by the health crisis,” adds Essop.

Greenpeace has also joined the call for COP26 to be postponed. The organisation says that expecting already disadvantaged people to attend without access to vaccines, healthcare or financial support is “not only unfair but prohibitive”.

“If the UK government wants this COP to be representative and transparent it must, at the very least, ensure that vaccines can be accessed and given sufficiently in advance to all delegates and provide financial support to cover the cost of hotel quarantine,” says Juan Pablo Osornio, senior political lead at Greenpeace International.

Greta Thunberg also said she may not attend the conference due to vaccine inequality.

Earlier this year, Greta Thunberg also said she may not attend the conference due to vaccine inequality. The Swedish environmental activist said her decision would be based on whether the event was “fair and safe”.

Inequality and climate injustice is already the heart of the climate crisis. If people can’t be vaccinated and travel to be represented equally that’s undemocratic and would worsen the problem.
Vaccine nationalism won’t solve the pandemic. Global problems need global solutions.->

After the UK offered to vaccinate all delegates in June this year, Thunberg said that she would be attending in the end.

How is the UK Government responding to allegations?

In response, the UK government has announced that it will fund quarantine hotel stays for those arriving at COP26 from red list countries. It is also planning to start rolling out the first doses of vaccinations to any delegate who needs one this week.

COP26 President Alok Sharma has said allowing everyone a seat at the table is a priority in Glasgow later this year. In a statement, Sharma said that they were working tirelessly with all of their partners, including the Scottish Government and the UN, to ensure that the summit is inclusive, accessible and safe.

“Ensuring that the voices of those most affected by climate change are heard is a priority for the COP26 Presidency,” he said.

“This includes an offer from the UK Government to fund the required quarantine hotel stays for registered delegates arriving from red list areas and to vaccinate accredited delegates who would be unable otherwise to get vaccinated.”

“If we are to deliver for our planet, we need all countries and civil society to bring their ideas and ambition to Glasgow,” Sharma added.