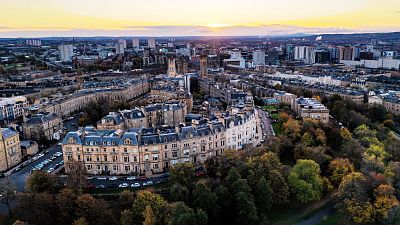 The UN Climate Change Conference, COP26, is more important than ever as nations of the world work together towards building a green recovery from COVID-19.

The 2021 conference will be hosted by Glasgow, Scotland in November, when representatives from around the globe will descend on the city to discuss how best to meet the aims of the Paris Climate Agreement.

But how did Glasgow secure such an honour, what is the city doing that will inspire other countries to take action, and what will be decided at the environmental event?

Beginning in 1995, the yearly UN Climate Change Conference (COP) is where UN signatories come together to decide on the United Nations Framework Convention on Climate Change (UNFCCC), an international environmental treaty addressing the climate crisis.

Delegates from every country in the world are expected to attend, including British Prime Minister Boris Johnson and John Kerry, the US Special Presidential Envoy for Climate.

COP26 is keenly anticipated as it marks the return of the US to the Paris Climate Agreement, a decision made on President Biden’s first day in office. It will also be the first since the COVID-19 pandemic.

Why is Glasgow hosting COP26?

Glasgow already has a fantastic record when it comes to reducing carbon emissions, having reached it 30 per cent reduction target for 2020 by 2015.

After declaring a climate emergency in May 2019 Glasgow has since adopted a commitment to achieving carbon neutrality by 2030.

In response to the UK Committee on Climate Change (UK CCC) Glasgow has developed strategies in five key areas of investment.

The council is committed to investing in low-carbon retrofits which will see carbon reductions of 50 per cent from current levels. They are also due to implement a Carbon Management Plan (CMP3) and a Local Heat and Energy Efficiency Strategy (LHEES) - these will work alongside Scottish universities to install district heating systems and solar panels.

The net-zero target incorporates greening the city by planting 22,000 trees and, with the Sustainable Glasgow partnership, the council also plans to restore peatland in the area.

Glasgow has ongoing projects to increase energy efficiency by installing LED lighting, controls and solar panels throughout city buildings which is projected to reduce the city’s carbon footprint by 55 per cent compared to 2005. The LHEES will create pathways for the city’s heat and energy systems to become low-carbon.

During the COVID-19 pandemic Glasgow has significantly expanded cycling and walking infrastructure across the city and is committed to creating a public transport network that is carbon neutral.

The city is laying out plans to move towards a more resilient, circular economy. Partnering with Glasgow Chamber of Commerce and Zero Waste Scotland, the city council aims to support ‘innovative economic activity’ which focuses on the continuous circulation of products and materials within the local ecosystem.

It wants to shorten complex supply chains, create new opportunities in the reuse sector, and reduce waste as well as use of raw materials like soil and water.

For their efforts, in 2020 Glasgow won the top award at the Global Human Settlements forum and was named Global Green City. The city was ranked top for categories including planning, transport, low carbon and energy efficiency, transportation, buildings, open spaces and the economy.

“Achieving the status of a Global Green City is an acknowledgement of the tremendous strides made by the city in overcoming the legacy of our past and building a better environment for our future,” says Councillor Susan Aitken.

“The award shows Glasgow is heading in the right direction, but also highlights the urgent need for cities such as our own to be at the forefront of the fight against climate change."

Aitken adds, “Glasgow is committed to achieving carbon neutrality by 2030 and the city is joining together across a broad partnership to meet the challenges faced by the climate emergency. Our citizens must be at the very heart of our drive towards carbon neutrality. It is essential that our transition to carbon neutrality is just and sustainable for all the people of Glasgow, especially as we seek to recover from the COVID crisis.”

The city is keen to acknowledge its leading role in the industrial revolution and forge a new role in the so-called green revolution.

In a wider sense Scotland is central to the UK’s sustainable development plan with the country’s first carbon capture, utilisation and storage (CCUS) project due to take place on the north east coast.

Scotland also has enough land mass to reforest at a faster rate than the rest of the UK and in 2019 planted 11,000 hectares of trees. This puts its carbon neutrality date at 2045 - five years ahead of the rest of the nation. The development of offshore wind farms is also key to Scotland’s sustainable future; by 2030 it is projected to produce 40 gigawatts of offshore wind energy, which would be enough to power every home in the UK.

And most importantly, Glasgow’s commitments in response to the UK CCC are in line with the UN’s Sustainable Development Goals to protect the planet.