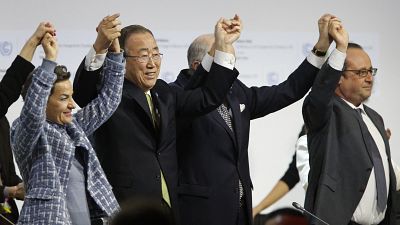 Most people are aware that this year’s UN Climate Change Conference, COP26, is being held in November in the city of Glasgow, after it was postponed in 2020 due to the coronavirus pandemic.

The two-week summit is a crucial space for the 197 signatory parties involved in the United Nations Framework Convention on Climate Change (UNFCCC) to discuss the climate crisis on a global level. Representatives from every country in the world attend as well as environmental activists and climate scientists.

The first UNFCCC Conference of the Parties (COP) took place from 28 March to 7 April 1995 in Berlin, Germany and COPs have happened every year since then.

This years' COP26 is being viewed as the successor to COP21 where the Paris Accord was signed, arguably the greatest success from the UNFCCC in recent years.

COP26 is seen as the summit to both address what has and hasn’t been achieved since 2015, while also setting concrete plans to reach the Paris Agreement targets.

But COP26 isn’t the only climate convention occurring this year

Otherwise known as the UNFCCC, it is merely the ‘sister’ conference of two others born out of the 1992 Earth Summit held in Rio de Janeiro, Brazil.

The three conventions are collectively known as the Rio Conventions and all happen to be meeting in 2021. They include:

Although all three have different individual aims, they share common goals around protecting the environment and the unique ecosystems which make up this planet.

Here’s a breakdown of what will go on at the two lesser known COPs this year.

The Convention on Biological Diversity (COP15)

This year's goal is to adopt a post-2020 global biodiversity framework, as a crucial stepping stone towards the 2050 vision of “living in harmony with nature”.

This vision agreed at CBD in 2010 (in Nagoya, Japan) states, "by 2050, biodiversity is valued, conserved, restored and wisely used, maintaining ecosystem services, sustaining a healthy planet and delivering benefits essential for all people."

The CBD parties and a range of stakeholders have agreed to adopt processes to promote international cooperation in the face of growing environmental, health and development challenges.

Leading up to COP15 this year, they are discussing two key texts which highlight what exactly is needed to conserve biodiversity in the future. **The fifth Global Biodiversity Outlook **and the the zero draft of the post-2020 global biodiversity framework.

At COP15, they will call for an integrated approach to ensure that action is taken to reverse biodiversity loss and its impact on ecosystems, species and people.

The UN Convention to Combat Desertification is the only internationally legally binding framework set up to address desertification.

Land degradation is in turn defined as the reduction or loss of the biological or economic productivity of drylands.

The convention has implemented various initiatives and actions to tackle the problem, including:

Its main function is to review reports submitted by the UNCCD Parties detailing how they are carrying out their commitments. The COP makes recommendations on the basis of these reports.

It also has the power to make amendments to the convention. In this way, the meeting can guide countries as global circumstances and national needs change.

UNCCD COP sessions are held biennially, with the last taking place in 2019 in New Delhi, India.

This time round, COP15 will be held at the end of this year.

A ‘Super Year For Nature’

2021 has been dubbed by environmental organisation, such as International Institute for Environment and Development (IIED) as a ‘Super Year For Nature’ due to these major meetings and decision-making moments coinciding.

If you add in “the World Bank and International Monetary Fund annual meetings, the IUCN World Conservation Congress, the UN Food Systems Summit and an array of global North and global South conferences and workshops and 2021 is big,” writes Ebony Holland, a senior researcher from IIED.

But the recovery process could provide a unique opportunity to pave the way to a better future that places climate, nature and people at the centre.