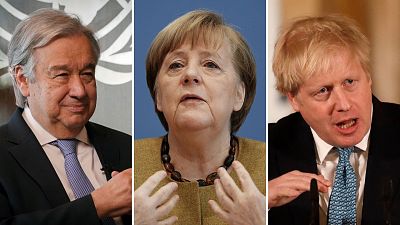 Ministers from around the world are taking part in an informal set of climate talks in preparation for COP26 in Glasgow in November.

The Petersberg Climate Dialogue is a political discussion that takes place annually and this year brings together leaders from around 40 countries. It has been organised by the German government since 2010 and like last year is taking place as a virtual conference due to COVID-19.

“With six months to go until Glasgow, at this year’s Petersberg Climate Dialogue we are focusing on the negotiations that will lead to a successful outcome at COP26,” says COP26 President, Alok Sharma ahead of the event.

Climate targets so far announced by many of the major economies taking part in the November talks have provided a starting point for the discussions.

The event is focusing on political preparations for the Glasgow conference later this year and some of the topics on the table are:

According to new calculations from the Climate Action Tracker presented during the opening press conference, the sum of all the targets presented would limit global warming to 2.4 degrees Celsius by the end of the century.

The Petersberg Climate Dialogue is a major ministerial milestone on the road to #COP26.

Just a few years ago, targets put the world on course to see 3.5 degrees Celsius of global warming.

While these new targets are an improvement, those involved say they by no means represent the end. The new figure is still substantially higher than the Paris Agreement goal of temperature rises no more than 2 degrees Celsius above pre-industrial levels.

Some countries have already taken bold steps to set a high environmental bar including many in the EU, UK, US, Japan and China but other major economies like Australia are still yet to take the plunge.

Leaders including German Chancellor Angela Merkel, British Prime Minister Boris Johnson and U.N. Secretary General Antonio Guterres are set to present the outcomes of these discussions in a speech today.