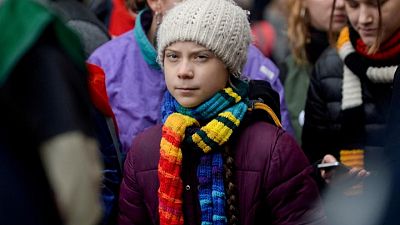 Greta Thunberg will be attending COP26 this November after the release of yesterday's stark IPCC report.

Hoping the world takes heed of Monday’s dire report by the UN climate panel, the Swedish activist says she now plans to go to this year’s global climate conference in Glasgow, Scotland.

Thunberg had said she would skip the major UN conference in November out of concern that the uneven rollout of COVID-19 vaccines across the world would leave some countries unable to attend safely.

But Britain’s offer in June to vaccinate delegates assuages some of that concern, she said.

"I've said before that I wasn't going to go if it wasn't fair,” Thunberg said in an interview with Reuters. “But now they say that they will vaccinate all the delegates that are going there. If that's considered fair and safe, then I will hopefully attend."

The 18-year-old Swedish activist, who has rallied youth to protest for climate action worldwide, said the UN report should be “a wake-up call, in every possible way”.

The Intergovernmental Panel on Climate Change’s report said emissions from polluting economic activities have brought the world dangerously close to pushing global warming past the 1.5C threshold, beyond which scientists say there could be catastrophic climate impacts.

"When these extreme weather events are happening, many say, what will it take for people in power to start acting? What are they waiting for?” Thunberg told Reuters.