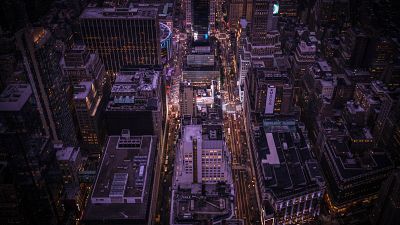 This summer, America experienced its hottest June on record with more than 1,200 daily temperature records broken in the final week alone.

An increasingly concerning element of this pattern is the number of record-breaking night temperatures- and their potentially deadly consequences.

Why are warmer nights so dangerous?

When temperatures fail to drop at night, our bodies struggle to cool down. Usually, during sleep, our body temperature dips and we are able to regulate our core body temperature. However, without those dropping temperatures, more physiological strain is put on the body.

Warmer nights are also particularly dangerous for certain groups, particularly children and the elderly. This is because younger and older bodies are weaker against extreme temperatures.

Heatwaves also affect outdoor workers, with agriculture and construction workers being at significant risk of heatstroke whilst at work. This could in turn affect food supplies, with many crops and natural resources reliant on cooler temperatures to survive through the night.

How does humidity worsen heatwaves?

When humidity rises alongside high temperatures, hot weather can become even more dangerous. As demonstrated during Canada’s deadly heatwave, humidity makes it difficult for the body to cool down.

Although humans can survive temperatures of over 50 degrees celsius, when humidity is high, sweating, drinking and soaking ourselves with water fails to cool us. As the body perspires more, humidity means sweat can’t evaporate, causing our core body temperatures to rise. If humans are exposed to humidity and high temperatures for too long, it becomes impossible to cool the body down, regardless of shade or water intake.

There are changes that can be made in order to reduce humidity and save lives, such as planting trees and vegetation which help absorb the humidity. This is particularly important in built-up cities where tarmacked roads absorb significant amounts of heat.

What is causing these warmer nights?

As scientists and climate researchers weigh in on the extreme temperatures, one overwhelming conclusion remains: temperatures are increasing rapidly as a result of climate change.

The direct cause has become so apparent that scientists are now able to predict the likelihood of heatwaves in relation to climate change.

For example, the 2019 European heatwave that killed over 2000 people was significantly accelerated, with scientists predicting it as being five times more likely due to climate change. With increased greenhouse gas emissions continuing to impact the climate at an exponential rate, extreme heatwaves are going to become increasingly common.

What do rising night temperatures mean for Europe?

In a 2018 study, researchers warned that nights would begin to warm faster than days, a trend that North America has already started to experience. Now, it appears that this same trend is occurring across parts of Europe, with higher nighttime temperatures predicted.

Despite these worrying statistics, it should be noted that across Europe, initiatives are being launched to create solutions that will reduce the deadly effects of heat waves.

In cities such as Barcelona, there is a 20-year master plan to increase its tree-cover to 30 per cent of the city, now currently at 25.2per cent. In Basel, Switzerland, there is new legislation to make green spaces a legal requirement on all new buildings, with a particular focus on flat roof space.

When it comes to urban planning, research suggests that adding water fountains can have significant cooling effects in urban environments. This is currently being trialled in the UK as part of The City of London adaptation plan.

Why conspiracies are delaying our ability to solve the climate crisis