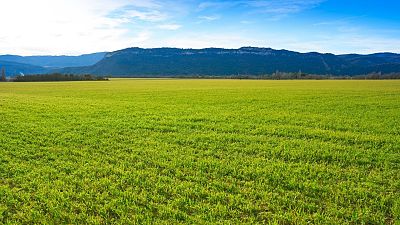 Global governments will be expected to restore an ecosystem the size of China over the next decade in a crucial move to reverse climate change.

Proposals central to the UN Decade on Ecosystem Restoration set out terms to create a worldwide #GenerationRestoration. This will be achieved by reinvigorating 1 billion hectares of biodiverse land, such as marine and agricultural sites.

The call to action stems from a report revealing we are using 1.6 planet Earths to maintain our current way of life.

The UNEP hopes to encourage others to convey “a message of action and hope”, from tending to small scale projects, such as city parks and river valleys, to threatened larger initiatives that rest in the hands of private investors and executive powers.

Failing to accelerate these processes has the potential to undermine the well-being of 3.2 billion people and would cost about 10 per cent of the annual global gross product through loss of species and eco-services.

Governments are also being urged to have a serious rethink of their COVID recovery plans, of which only 18 per cent can currently be classified as green.

We are using 1.6 planet Earths to maintain our current way of life.

Why we need more nature to fight the climate crisis

Half of the world’s GDP is tied to nature, be it food production or water supplies.

A sharp financial increase in creating more natural environmental projects will be one of the only ways to adhere to the Paris Agreement’s commitment to limit global warming to well below 2 degrees.

Creating a #GenerationRestoration has the potential to achieve the following:

“The UN Decade on Ecosystem Restoration comes not a moment too soon,” Inger Andersen, Executive Director of the UN’s Environment Programme, tells Euronews Green. She believes the initiative will be instrumental in ending our culture “take, make and waste”.

On #WorldEnvironmentDay, join us as we launch the UN🇺🇳 Decade on Ecosystem Restoration and embark on a journey to rapidly restore our ecosystems.

Because people and nature can heal together. #GenerationRestorationhttps://t.co/4h22lT1fphpic.twitter.com/zy2ndvsSbj

“Humanity is gobbling up nature, wasting resources and pumping greenhouse gases into the air. We are using the equivalent of 1.6 Earths to maintain our current way of life, at the cost of the world’s ecosystems. Stopping the damage isn’t enough. We need to reverse it,” says Andersen.

How are countries contributing to ecosystem restoration?

Pakistan has been heavily involved in celebrating the launch of this call to action due to its role as hosts of this year’s World Environment Day.

Over the next five years, the country’s 10 Billion Tree Tsunami programme will aim to expand and restore Pakistan’s mangroves and forests, while also generating jobs amid the COVID-19 pandemic.

There are also efforts to restore wetlands, such as the Miani Hor Lagoon, home to the largest mangrove forests along the Balochistan coast.

Rehabilitating degraded farmland in Eastern Cape, South Africa, has been widely regarded as one of the world’s most ambitious restoration projects thus far.

Grounds the size of Cyprus suffered for years with little to no rain, creating masses of dry land and wasted opportunity.

In 2019 teams of agricultural workers replanted indigenous thicket across hundreds of plots in a move that was helmed as one of the most ambitious restoration projects of our time.

The plant, known as “speckboom”, is widely regarded as a better absorber of carbon dioxide than other trees in the area.

If all goes to plan, the crops will stand at over 16 feet tall for years to come, mitigating some of the area's environmental impact and sustaining incomes for local workers.