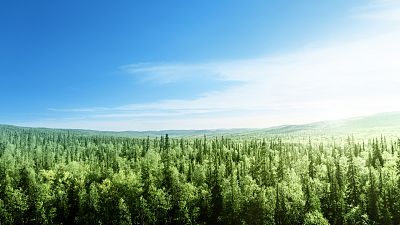 As part of a new strategy to protect nature in the European Union, three billion new trees will be planted across the 27 member states.

The European Commission has laid out the ambitious strategy as part of the European Green Deal. Alongside tree planting, this also includes a number of measures to protect the natural wealth of the region, including commitments to reduce the use of chemical pesticides and protections for vital pollinators, like bees, whose numbers are currently in decline.

“Nature is vital for our physical and mental wellbeing, it filters our air and water, it regulates the climate and it pollinates our crops,” Commissioner for the Environment, Oceans and Fisheries, Virginijus Sinkevičius, said in a statement.

“But we are acting as if it didn't matter, and losing it at an unprecedented rate.”

At least 30 per cent of Europe’s land and seas is set to become a protected area. A further third of these areas with very high biodiversity will come under “strict protection” which will keep human intervention to a minimum.

The aim is to raise €20 billion every year to fund the plan. The money will come from public and private funding with a vast amount of the EU’s climate budget used to invest in biodiversity. The European Commission says that protecting and restoring well-functioning ecosystems in the wake of the coronavirus pandemic is “key to boost our resilience and prevent the emergence and spread of future diseases”.

Is investing in nature enough?

Some environmental campaigners are sceptical about the measures, claiming they are not enough. “It’s good to see ambition to extend protected areas, boost tree cover and cut pesticide use, and to bring back species in decline,” says Paul de Zylva, nature campaigner at Friends of the Earth. “But there is a huge sense of déjà vu reading this latest strategy because many of the same ambitions have been set out, and not delivered, by previous nature plans.”

There is a huge sense of déjà vu reading this latest strategy because many of the same ambitions have been set out, and not delivered, by previous nature plans.

Paul de Zylva
Nature campaigner for Friends of the Earth

De Zylva believes that Europe needs a “proper action plan” instead of “another strategy filled with warm words”, which should include a commitment to switch from intensive farming to intensive nature conservation.

“€20 billion a year to protect and restore nature is modest compared with the huge costs of inaction,” he says. But even that will be wasted if “taxpayers’ money continues to be given to harmful activities.”

Legally binding nature restoration targets will not be outlined in detail until 2021. But once finalised, the commission hopes to put the EU in a world-leading position to address the critical loss of global biodiversity.