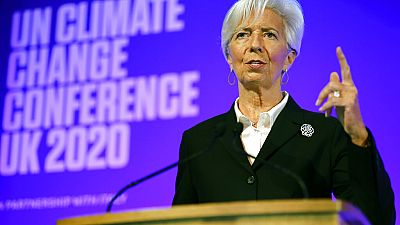 Over 400 female climate leaders have signed an open letter to the British Government calling for greater accountability and transparency on gender equality at COP26.

The campaign by SHEChangesClimate was launched last November ahead of the UN Climate Change summit, COP26. These international environmental talks have been postponed to 2021 due to the COVID-19 pandemic.

In September, the UK announced it was fielding an all-male team to host the summit, with women working at a more junior level on subsections of the negotiations.

Currently, less than 25 per cent of the influential positions in the COP26 leadership team are held by women. The campaign's organisers are asking for women’s equal participation.

The letter states there is evidence that including women in COP26 decision and negotiating roles would increase the chances of success and ensure a fairer decision-making process.

Bella Lack, Youth Ambassador Born Free Foundation said the: "mindset of looking at nature and for it is one that I often find from women and girls seeking to protect and nurture. We need to take that protective instinct and apply it to the planet.”

The document also points out that at COP25 last year, the UK Government signed up to the Gender Action Plan (GAP). This stresses the importance of women’s inclusion and gender equality in the processes for discussions and decision-making on climate change.

It also highlights research in the GAP that shows that women and girls are disproportionately affected by climate change, as well as having critical roles in the family and community in climate action.

According to the UN, about 80 per cent of people displaced by climate change are women as they have fewer resources and fewer formal rights.

Women are at much greater risk from the climate crisis

A report this year by the International Union for the Conservation of Nature (IUCN) found the climate crisis was fuelling violence against women around the world.

In a briefing ahead of the letter's presentation, British model and actress Lily Cole pointed out that there was "compelling data about the intersection between gender and the environment". She said that she discovered this evidence when carrying out research for her book 'Who Cares Wins' which calls for tougher action on climate change.

"If you give women access to things like education, family planning and agricultural tools it would have huge climate impact,"added climate lawyer and founder of Track 0, Farhana Yamin.

"Women are also at much more risk when there are environmental crises, such as floods as fewer women are taught to swim."

Cole said she had also found "interesting data about gender which showed there were clear gaps between gender equality and state environmentalism.

"Women in political leadership roles made a country more likely to enact positive environmental behaviours." But, she explained, there was "no point wondering why these gaps exist. Accept that they do exist and agree that having women in equal positions of power is critical to success."

SHEChangesClimate has already had meetings with Peter Hill, CEO of COP26, and Alok Sharma MP, COP26 President, to discuss the issue and to try and reach a resolution.

The summit on the 12th December marks the fifth anniversary of the 2015 Paris Climate Agreement and will call for much greater climate action and ambition.

The postponed COP26 summit will be held next November in the Scottish city of Glasgow.

It will bring together heads of state, climate experts and campaigners from across the globe to agree on coordinated action to tackle climate change.

“The struggle for climate justice is also the struggle for racial, gender, sexual and economic justice. It is sad that in 2020 women are being excluded from the vital preparations necessary for making next year's UN Climate Summit in Glasgow a success," said Yamin.

"The gendered impacts of climate change means we must ensure an equal balance between men and women at all levels, especially within the COP26 senior management team. It is difficult to see how the current predominantly male-led COP26 team will ensure that women's voices and needs are heard."