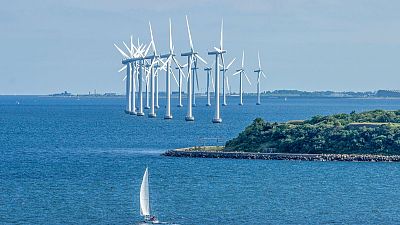 Scotland is encouraging applications from companies to build the country’s new generation of offshore wind farms. There’s potentially over €9bn up for grabs, as organisations compete to play a major role in Scotland’s transition to entirely green energy.

The investment opportunity, called ScotWind, is part of the country’s plans for a green recovery in the wake of the coronavirus pandemic, which has seen a 33 per cent drop in Scottish GDP. Other countries in Europe are placing green initiatives at the heart of their economic recovery plans too, and the European Commission launched its own European Green Deal last month.

The Scottish government aims to be net zero by 2045, meaning the anticipated ScotWind project will be instrumental in reaching this goal.

The proposed wind farms could save over six million tonnes of CO2 every year.

“Offshore wind is currently one of the cheapest forms of new electricity generation and Scotland is perfectly poised to host major new projects, with a well-established energy skills sector as well as some of the best natural marine resources in Europe,” says John Robertson, head of energy and infrastructure at Crown Estate Scotland, the organisation which manages Scotland’s seabed.

“This is a huge step forward in kick-starting Scotland’s green recovery, meeting net zero targets and bringing multi-billion pound investments to benefit communities across the nation.”

The ScotWind project is the first time Scottish waters will be leased for offshore wind farms in a decade. If all goes ahead as planned, the proposed wind farms could save over six million tonnes of CO2 every year, and provide power to every Scottish household.

“The launch of ScotWind [...] is a very important milestone,” says Scotland’s Energy Minister Paul Wheelhouse MSP. “It marks another pivotal moment for the development of our offshore wind sector and also presents an opportunity to help develop our strategic economic response to the COVID-19 pandemic.

“As we emerge from the crisis, we have a chance to re-imagine the Scotland around us, and to begin building a greener, fairer and more equal society and economy, one in which wellbeing, fair work and social justice are prioritised.”

It’s been a landmark week for green energy in Great Britain, as yesterday it was announced that the country has gone a record two months without generating electricity from coal-fuelled power stations.

This is in part thanks to COVID-19, which has significantly lessened electricity consumption. But, despite the pandemic’s role in this milestone, it shows major progress has been made since last May when the UK had its first week without coal power since the 1800s.

There are only three coal power stations remaining in Britain, and the country has pledged to remove coal entirely from its electrical mix by 2025 at the latest. One of these power stations is due to close next March, with the final two set to stay in operation until around September 2022.

Britain’s overall decline in coal use is part of a wider trend across Europe. Last year, before the coronavirus pandemic, a report from think-tanks Agora Energiewende and Sandbag found that total coal use across Europe had dropped to just 15 per cent. The same report noted that 2019 was also the first year when wind and solar energy produced more electricity than coal.

With only five countries in Europe left without plans to phase out coal (Poland, Romania, Bulgaria, Slovenia, and Croatia), electricity continues to look greener across the continent.