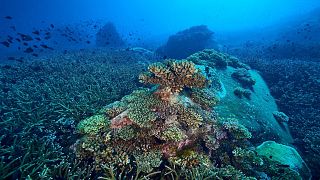 An ambitious project to map the whole of the world's ocean floor by 2030 is off to a great start. One fifth of the ocean has already been mapped in three years - which is about the size of Australia.

Seabed 2030 was launched in 2017 by the Japanese Nippon Foundation and non-profit GEBCO, to help scientists understand the impact oceans have on the earth’s climate. Researchers have announced that a significant proportion is now complete, accounting for 14.5 million square kilometres of new bathymetric data. Bathymetry is the measurement of depth of water in oceans, seas, or lakes.

As a result of hard work, coverage of the seabed has risen from 15 per cent to 19 per cent in the last year. Only six per cent of the ocean floor had been mapped when they launched three years ago.

“The sustained increase in data available to map the ocean floor will enable Seabed 2030 to play a leading role in delivering a comprehensive set of authoritative data that is freely available for all to use,” says Jamie McMichael-Phillips, Seabed 2030 Project Director. “This is a leap forward towards achieving our mission, by the year 2030, to empower the world to make policy decisions, use the ocean sustainability and undertake scientific research.”

A complete map of the world’s oceans will facilitate a greater understanding of fundamental processes, according to project leaders. This includes ocean circulation, weather systems, sea level rise, tsunami wave propagation, tides, sediment transport and, of course, climate change. It will also contribute towards achieving the UN’s Sustainable Development Goals, one of which is to conserve and sustainably use the oceans.

We spoke to Helen Gowans, spokesperson for charity Ocean Conservation Trust, to better understand why mapping the seafloor is so important.

“The news that a fifth of the world’s Ocean floor has now been mapped is fantastic,” she says. “Since the ocean covers 71% of the Earth’s surface, understanding what the seafloor looks like is hugely important. Seafloor maps help us understand processes such as Ocean currents. Different features such as underwater volcanoes and canyons can influence where Ocean currents flow. Ocean currents help control our weather and climate, and are changing due to climate change.”

Having a better idea about where these currents are moving will help us predict climate shifts in the future, she adds.

The lowest layer of the ocean, commonly known as the deep sea, exists below the thermocline (the divide between the upper mixed layer and the calm water below) and above the seabed.

The voyage to the bottom is a challenging experience. In recent years, the deepest manned descent was made by the DSV (Deep Submergence Vehicle) Limiting Factor in 2018, piloted by Victor Vescovo. Vescovo travelled to the deepest point of the Atlantic Ocean, diving 8,375m below the ocean surface to the base of the Puerto Rico Trench.

“Mapping the seafloor is a difficult task, as you can’t use satellites which is what we use to map the land, there is just too much water in the way. It is also very difficult to go right down to the bottom of some parts of the Ocean, not only is it extremely dark, but you would have to go down in a special submersible that can withstand the pressure of all that water. New technology has made mapping the seafloor a lot easier, but it still takes a long time to do it,” explains Gowans.

Of the estimated 500,000 to 10 million species living in the deep sea, the majority are yet to be discovered, states the Deep Sea Conservation Coalition. But ancient deep-sea corals provide valuable records of climate conditions, which may assist our understanding of global climate change in future.

Oliver Steeds is the Chief Executive of Nekton, a not-for-profit research foundation established to accelerate the scientific exploration and protection of the ocean. He tells Euronews Living, “For too long we’ve been looking up when we need to look down.”

“Our ocean regulates our planet’s climate, provides food security for billions, produces over half of our oxygen, captures most of our anthropogenic heat and is the largest carbon store on our planet.”

Mapping the seabed is a “critical component for effective marine science," he concludes, adding, “each extra mile mapped may be a small splash, but it's a giant leap forward for all for us.”

What are mangroves and why are they so important for the planet?