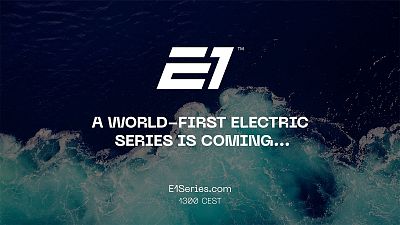 The first ever electric-powered boat championship launches today in Monaco.

The UIM E1 World Electric Powerboat Series hopes to bring the electric vehicle revolution to our seas and lakes to help protect the health of marine environments.

“The earth’s oceans, lakes and rivers are under huge environmental pressure from fossil fuel spills and plastic pollution,” says co-founder Alejandro Agag. This new clean form of boat racing will “lead the way in electrifying water mobility for future generations” he adds.

“Right now the use of electric power on the water is still at an embryonic stage.

“My ambition is for the E1 Series to accelerate the adoption of electric boats, to demonstrate how exciting they can be and to promote electric solutions and clean water mobility to marine travel worldwide.”

The series’ futuristic looking boats were dreamt up by designer Sophi Horne who was inspired by the Stormtroopers’ Speeder Bikes from Star Wars. The RaceBird boats will be capable of reaching 111km/h and are being developed by a start-up in the UK.

Agag is branching out from his former ventures in electric motorsport racing as the creator of the Formula E and Extreme E.

Where will the electric boat races take place?

Extreme E is an off-road electric car racing series which uses sport to raise awareness of global climate issues. Formula 1 star, Lewis Hamilton recently announced that he will be entering a team into the new motorsport which is to begin in January 2021.

The championship events take place in locations that are under threat from global warming.

The E1 boat series will run in direct association with Extreme E and include races in a number of the same locations. Each venue will be on a city waterfront and feature charging stations, which will be left behind for local owners of electric boats to use in future.

Former Italian aerospace engineer and director of motorsport at McLaren, Rodi Basso, was also involved in dreaming up the project with Agag. The pair came up with the idea during lockdown, in London earlier this year.

“The sea for me is something very important as an expression of nature and somewhere I always go to re-charge my batteries, so this project is the perfect way to celebrate that,” he says.

“With this championship we are going to accelerate the take-up of electric technology in the marine industry by bringing the huge technological advances and expertise from motor racing.”

Plans to map the entire ocean floor by 2030 are underway