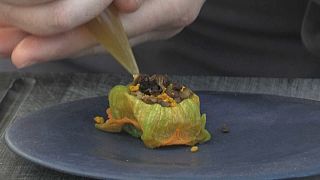 Food luvvies need to book their table soon if they want to try one of the finest eateries in the world as it's set to close at the end of 2024.

The famed Danish restaurant Noma, which has claimed the title of world’s top restaurant several times, says it will shut down to change into “a pioneering test kitchen" dedicated to “food innovation and the development of new flavours.”

Chef René Redzepi’s house of Nordic gastronomy will re-emerge as Noma 3.0, the Copenhagen eatery said on its webpage.

“In 2025, our restaurant is transforming into a giant lab - a pioneering test kitchen dedicated to the work of food innovation and the development of new flavours, one that will share the fruits of our efforts more widely than ever before,” it said.

Redzepi, who is Noma’s chef and co-owner, said they will travel to “search for new ways to share our work” and said there could be “a Noma pop-up” but didn’t specify where. After the sojourn, “we will do a season in Copenhagen."

The three-Michelin-starred restaurant says it will have 'occasional' openings for diners but that the meals won't define them anymore.

There have been suggestions that the restaurant's facility in the Danish capital could be used to develop products for the Noma Projects line - fermented sauces, cooking classes and an online platform.

Noma - a contraction of the Danish words for Nordisk and Mad, meaning Nordic and food, opened in 2003.