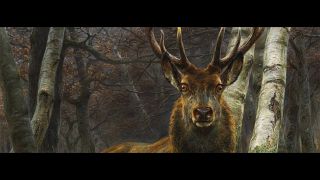 The mumok collection in Vienna contains almost 500 animal-related works. The exhibition, The Animal Within, hopes to address questions on the relationship we have with animals and reflect on the nature of sex, hunger and affection.

It also looks at family and gender relations, socialisation, and domestication, exploring a materialistic understanding between art and life.

In Spain at the El Prado museum in Madrid, The Other Renaissance exhibition showcases 75 works loaned from public and private collections.

It includes paintings, sculptures and books and highlights the transition of Spanish and southern Italian art towards greats such as Leonardo, Raphael, and Michelangelo.

The exhibition will be on until the end of January next year.

Over in Paris at the Musée d'Orsay, lovers of works by Rosa Bonheur can enjoy rediscovering her creations which aimed to capture the emotions of animals which was her favourite subject.

Born in 1822 in Bordeaux, she was a feminist before her time and gained recognition on both sides of the Atlantic.

The exhibition celebrates the bicentenary of her birth. It ends on  January 7 2023.