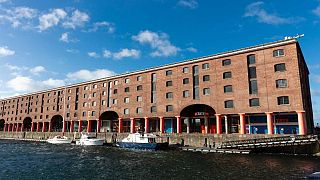 Since 1984, the Turner Prize has been awarded annually to a contemporary artist born or living in the UK.

Four finalists have been shortlisted in this 38th edition of the prize, which is one of the world’s most distinguished for visual arts.

The works vary this year from traditional painting to Video and Performance art.

The pieces are on display at Tate Liverpool and the winner will be announced in December.

One of Spain's most emblematic Catholic Cathedrals is hosting an exhibition containing a hyper-realistic and volumetric artwork entitled "The Mystery Man".

The exhibition is the result of 15 years of research into the Holy Shroud of Turin, the relic believed to have been used to wrap Jesus’ body after his death.

Using analysis from the shroud, "The Mystery Man" exhibit includes a sculpture of what Jesus' body might have looked like after crucifixion.

Every year, in the southern French town of Montpellier, films from Spain, Greece, Tunisia, Israel, Palestine and across the Mediterranean are showcased.

For the very first time, a couple will chair the jury of Cinemed - Festival du Cinéma Méditerranéen de Montpellier: the actor Rachida Brakni, alongside her partner, the famous footballer turned actor, Eric Cantona.

All eyes on Lyon as 2022 Lumière Film Festival begins