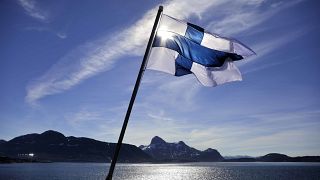 2022 sees the 10th edition of the World Happiness Report.

Since it was first published, the World Happiness Report has been based on two key ideas: that happiness or life evaluation can be measured through opinion surveys, and that the authors can identify key determinants of well-being and thereby explain the patterns of life evaluation across countries. This information, they hope, can help countries craft policies aimed at achieving happier societies.

This initiative uses global survey data to report on how people evaluate their own lives in more than 150 countries.

What does the report look for?

"Past reports have looked at the links between people’s trust in government and institutions with happiness. The findings demonstrate that communities with high levels of trust are happier and more resilient in the face of a wide range of crises," say the authors in Friday's press release. "This year’s report comes in the midst of the COVID-19 pandemic, which has upended lives around the world."

John F. Helliwell is a Canadian economist and editor of the World Happiness Report. “We found during 2021 remarkable worldwide growth in all three acts of kindness monitored in the Gallup World Poll. Helping strangers, volunteering, and donations in 2021 were strongly up in every part of the world, reaching levels almost 25% above their pre-pandemic prevalence. This surge of benevolence, which was especially great for the helping of strangers, provides powerful evidence that people respond to help others in need, creating in the process more happiness for the beneficiaries, good examples for others to follow, and better lives for themselves.”

If you were considering placing a bet, you would almost certainly have put your money on one of the Nordic nations.

And you would have been rewarded.

For a staggering fifth year in a row, Finland takes the top spot as the happiest nation in the world. And this year its score was significantly higher than other countries in the top ten.

No change in second place as Denmark continues to occupy the silver medal position, but then Iceland makes it a Nordic podium clean sweep and they move up one place from last year to third.

The next five are Austria, Australia, Ireland, Germany and Canada, in that order. This marks a substantial fall for Canada, which was 5th ten years ago.

The rest of the top 20 include the United States at 16th (up from 19th last year), the UK and the Czech Republic stay put in 17th and 18th, followed by Belgium in 19th and France in 20th, which is actually its highest ranking to date.

“The foundation of happiness is built on peace, security and predictability. Finland has made consistent, long-term efforts to develop systems that support personal happiness," says Severi Keinälä, Commissioner General of Finland at Expo 2020 Dubai, upon hearing the results of the 2022 report.

There's nowhere to relegate countries to, of course, but here are those nations that Helliwell's crew rank lowest for happiness out of the 146 countries that were surveyed.

According to the authors, every year the World Happiness Report "compiles data from the previous three years of surveys to increase the sample size and allow for more accuracy."

"The availability of fifteen years of data covering more than 150 countries provides a unique stock-taking opportunity. The three biggest gains were in Serbia, Bulgaria, and Romania. The biggest losses were in Lebanon, Venezuela, and Afghanistan," they said.

Why are empty baby strollers being displayed in the centre of Lviv?