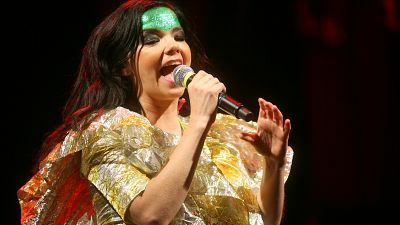 Every year the news rings out that Nordic people are the happiest in the world.

The World Happiness Report, which celebrates its 10th anniversary this year, has been ranking countries for a decade based on factors such as health, community and family connections, and freedom to make life choices.

Since 2012, Denmark, Finland, Sweden, Norway and Iceland have all consistently ranked highly; but do Nordic people themselves believe the hype?

“It’s a bit of a laugh here when we see these reports about the happiest people in the world because honestly, I don’t think that’s true,” says Juha Rouhikoski, artistic director of Lux Festival, in Helsinki.

Since the inception of the report there has not been a top 10 that didn’t include all five Nordic nations and they have regularly occupied the top spot, with Norway placing first once, Finland three times and Denmark four.

On only one occasion has a Nordic country not been the happiest nation in the world, when in 2015 Switzerland scored the highest.

Yet despite the famous social democracy of the Nordic Model guaranteeing high scores on metrics of trust in government and belief that others are there for you in times of need, there is a darker side to life up north.

“People get really depressed here and it’s probably something to do with the long periods of darkness, and long periods of total daylight in the summertime can do harm to your mind as well,” says Rouhikoski.

Light from darkness for the Nordic art scene

The Lux Festival is a showcase of light art that brightens the gloom of midwinter in Finland.

Light art is a popular medium in Nordic countries, and Rouhikoski believes that this stems from a need for brightness in the darkness of winter in the far north.

“Finnish people aren’t talkers, they are solitary personalities…creating art is a way to express yourself. That’s one reason we have a lot of creative communities here,” he says.

“I think it has something to do with the contrast of melancholy feelings and happiness.

“You go very deep into yourself in this country, and that bumps it up.”

It’s true that iconic Nordic artists like Björk, Robyn, and even ABBA have a dark melancholy at the centre of their music. This is without considering the moodiness of Nordic folk music and their thriving rock and metal scenes.

Typical Nordic design is likewise characterised by minimalism and their visual art by brooding landscapes and quintessentially cool colour palettes.

How does this aesthetic, which is recognisable all over the world, fit into the World Happiness Report?

“When I’m writing music it is very much influenced by the weather here in Iceland and darkness and the winter, it’s part of our lives,” says singer-songwriter Lovísa Elísabet Sigrúnardóttir, professionally known as Lay Low.

Nordic people are known for their connection to nature and have plenty of scope to explore. Iceland, Norway and Finland are the three most sparsely populated countries in Europe, with forests, mountains, lakes and glaciers occupying the countryside.

“Icelandic artists from literature to film to music have this red line going through which is…linked to nature,” says Gunni Hilmarsson, member of the Icelandic folk duo, Sycamore Tree.

“Nature is dangerous; we have to respect it and live with it and adjust to it.

“You have to be a certain kind of animal to survive over here. We’re used to looking at the bright side of life by force, that’s a big part of it. At the core, we’re happy with what we have.”

Suicide rates in the happiest countries in the world?

While the Nordic landscape may lead to beautiful, brooding art, it can also create social problems.

It’s true that at one time Nordic countries were associated with a high-rate of suicide. In 1990, Finland, Denmark, and Sweden all had suicide rates above the global average, and Finland’s was so high that the country created and implemented the world’s first suicide prevention strategy.

Helliwell, one of the co-authors of the report, has been working in the happiness survey field for 25 years and received constant criticism for the disjuncture between Nordic happiness and rates of suicide.

The critique was so common that Helliwell spent a year working on the mystery and managed to explain both rates using the same model, whilst demonstrating how they wouldn’t affect each other.

It transpires that Nordic people score highly on both things which raise happiness - like trust in government - and lowly on factors which affect suicide - like religious belief.

He also believes that the factors of social cohesion which cause Nordic happiness can also explain their creativity.

“That sense of…doing things together and for each other tends to flower into creative activities that they share,” he says.

“They’re very flat societies. You can build an orchestra more easily if everyone is educated and all doors are open. You don’t just build your orchestra from a privileged class who got to learn these things as children.”

At this stage, the idea of high suicide rates is largely a stereotype. Although all three countries are still above the global average since 1990 all the Nordic countries have reduced their rates significantly, with the morbidly high scores of Finland and Denmark reducing by 65 and 54 per cent respectively.

In addition to the Nordic Model providing a base for creative flourishing, it has also improved medical services for suffering citizens, and while Nordic people may have a safety net and social cohesion in common there isn't a unity of sentiment about the World Happiness Report.

“I think we totally deserve to be high on that list,” says Hilmarsson.

“But I understand it with the Finns - I’ve been there and they’re quite depressed.”