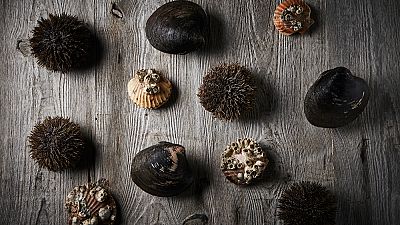 A Faroese restaurateur is packing up his award-winning kitchen lock, stock and smoked fish barrels and moving everything to Greenland.

Restaurant KOKS, with two Michelin stars, has already served its last dinner in the Faroe Islands as owner Johannes Jensen prepares to re-open in Ilimanaq, on the west coast of Greenland.

It will be the first-ever Michelin-starred food available in Greenland.

Due to the cold winter temperatures (with an average high of just -17°C) KOKS will only be open for a hundred days in 2022 and 2023: from mid-June to mid-September.

Johannes Jensen and his team then plan to return to the Faroe Islands and re-open KOKS in 2024, this time in a brand new location being developed while they're away in Greenland.

KOKS founder Johannes Jensen is not going to Greenland alone: he’ll be taking his award-winning head chef Poul Andrias Ziska, and front of house manager-sommelier Karin Visth and their families as well.

“There’s different berries, different sheep and birds and seafood. That’s one of the reasons why we think this is fantastic, the location itself,” explains Jensen, 59, who opened the original KOKS back in 2011.

“There are fantastic possibilities in what is available in Greenland at sea, in the field, on the mountains. Birds, meat, animals, vegetables and all the various berries that are there,” he says.

KOKS was awarded its first Michelin star in 2017 - the only one in the Faroe Islands - and received its second in 2019. It’s become world-renowned for serving dishes made with locally sourced or cultivated ingredients - including some items like shellfish and molluscs which, while bountiful, are not typically part of the Faroese diet.

In the new Greenland location there will be plenty of seasonal herbs and wildflowers to forage for, and locally-caught halibut, seals, sea birds, whale, reindeer and muskox - a large shaggy animal that looks like a bison.

“I have a feeling that the opportunities in Greenland are bigger than in the Faroe Islands in terms of finding interesting produce to make dishes from,” says Jensen.

A remote dining experience of icebergs and fjords

So what kind of guests could visit such a remote location in search of fine dining?

“The guests eating at KOKS Greenland will be foodies, and other people who have a high interest in gastronomy,” explains Jensen.

“It’s not rich people, and it’s not the local people, but of course they are welcome [...] but I think the bulk will be people just being interested in experiencing remote places and with a high interest in gastronomy. That’s my gut feeling.”

International guests who manage to secure one of the 58 seats at KOKS Greenland will fly into Ilulissat Airport from Denmark or Iceland, and then take a half-hour boat transfer across the mouth of a fjord, past icebergs, to their final destination in the village of Ilimanaq.

Johannes Jensen and his team will open KOKS in the former colonial manager’s residence at Ilimanaq which was built in the 1740s, one of the oldest houses in Greenland - so just as in the Faroe Islands, the chefs will immerse themselves in an historic venue to prepare the food.

Fifteen luxury bungalows provide on-site accommodation, and guests are limited to a one-night stay which includes dinner and breakfast. Of course, it’s possible to only come for the food but bungalow guests are given priority restaurant bookings and if you’ve travelled all the way to one of the world’s most remote fine dining restaurants, why wouldn’t you stay the night in a stunning Arctic setting?

“We want to be part of a trend which I hope will start in Greenland, where we will involve the local people, not only the raw material but the local chefs, local hunters, local distributors so we will be part of the journey to modernise the gastronomy in Greenland” explains Johannes Jensen.

Bookings for KOKS Greenland’s short summer season are released on February 1st. No prices have been set yet, but the original KOKS tasting menu perhaps gives some guidance at close to €300 per person for 17 courses, with wine pairings an additional €215.

How has the Russia-Ukraine war devastated Ecuador's banana industry?