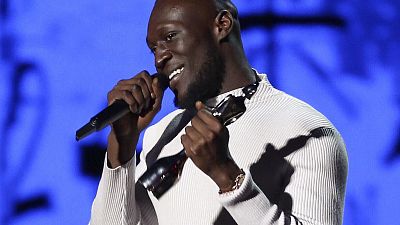 The organisers of the Brit Awards are scrapping separate male and female artist categories in a shakeup designed to make the music prizes more inclusive.

Next year's awards will feature trophies for UK and International artist of the year, replacing male and female awards.

That makes J Hus and Dua Lipa the last ever respective winners of the UK gendered categories.

Prizes won this year by The Weeknd and Billie Eilish for Best International Male and Female will also be merged as one.

Organisers said the change will celebrate artists "solely for their music and work, rather than how they choose to identify or as others may see them."

What lead to the BRITs abandoning gendered categories?

Removing the male and female divides from music awards is nothing new– the biggest music ceremony in the world has been doing it for over 10 years.

The Grammys ditched gendered categories in 2011 after a serious restructuring saw them cut 31 awards from the ceremony.

Male and female gongs in pop, rock, R&B, country, and rap vocal categories were merged after the Recording Academy found themselves awarding over 100 Grammys a year.

Though the BRITS aren't faced with the same problem – they gave out 11 awards this year – they did run into trouble when Sam Smith, a winner of three previous BRITS, was deemed ineligible after they came out as non-binary in 2019.

Bosses ruled it wouldn't be possible to account for Smith's identity in either gendered category.

Their third album, the Gold-certified 'Love Goes', went without any nominations at the May 2021 ceremony.

"The BRITs have been an important part of my career. Music for me has always been about unification not division. I look forward to a time where awards shows can be reflective of the society we live in. Let’s celebrate everybody, regardless of gender, race, age, ability, sexuality and class," Smith said in an Instagram post at the time.

From this, it was concluded that the UK's biggest night in music would need to work to evolve.

The 2022 ceremony will shift its emphasis from gender to genre by including four new awards decided by public vote: Alternative/Rock act; Hip hop/Grime/Rap act; Dance act and Pop/R'n'B act.

The moves are the latest changes made in response to criticism that the awards long failed to reflect the diversity of British music.

Reactions to the decision have been mixed

Today's announcement from the BRITs has torn the UK's music fans and commentators in two.

Some expressed concerns about the gender parity of the decision, given that only one female act has won the 'Best British Group' category in the awards' 43-year-history.

Little Mix took home the award this year, delighting fans of the girl groups that preceded them that never made the cut, such as Girls Aloud and the Spice Girls.

One Twitter user expressed fears that removing categories where women are guaranteed to win awards will create "an even bigger mess".

the brit awards have existed since the 70's and only one girl group has won best group that entire time. now they're getting rid of categories where women were *guaranteed* a win and this will just be an even bigger mess. this is just virtue signalling https://t.co/I1cXmQOsMi

Pros and cons to this happening.

Gender shouldn't be divided up or catagorised but, I can see this also making it harder for women to win awards. I hope I'm wrong but, time will tell.#BritAwardshttps://t.co/B9pY3wylXN

I would not be surprised if this means - Adele aside - men getting all the top gongs every year from now on. Well done @BRITshttps://t.co/yYZdiWZ2NI

Others suggested it levels the playing field for all musicians and that the problem lies with the BRITs judging panel being out of touch.

They have been under scrutiny for the majority of the past decade for failing to highlight women, LGBTQ+ people and people of colour when it comes to British musical talent.

Gendered awards uphold institutional sexism, as they inherently suggest that women wouldn’t win without their own category. What the Brit Awards need is a level playing field amongst genres, with a diverse range of nominations and diverse judging panel. https://t.co/56GZ1wV0Cs

Steps have been made to change this. In 2017, the academy of more than 1,000 music industry professionals that choose BRITs winners was expanded in an attempt to make it more gender-balanced and diverse.

Ultimately, a lot of the conversations surrounding this are being redirected back to Sam Smith.

As one of the world's first major musicians to come out as non-binary, fans say they have dealt with several misconceptions and misrepresentations about their desire to be recognised as equal to their peers.

I really do feel for Sam Smith tho, they’re always at the forefront of conversations like this, being talked about by people in a way they never really invited, ykwim?

Tweeting horrible stuff about Sam Smith because an organisation listened to their criticism and changed is peak anti-trans behaviour.

Every issue they see is caused by trans people. We’re some kind of evil witches casting spells to control the world and offend their morality. pic.twitter.com/eox1h6R5CX

sam smith is asking for a fair chance to be considered in awards, and conservatives are mad at them, be thankful, finally woman, men and nb will be the same in the awards field, the art will be the protagonist, not the genre of the artist, thank you sam smith

The 2022 Brit Awards ceremony will be held on February 8 at London's O2 Arena, hosted by comedian Mo Gilligan.