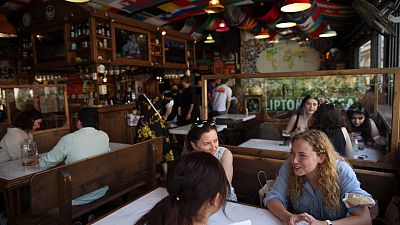 With Copenhagen having emerged as the new global focus for fine dining, it's not surprising to find the Danish capital also near the top of the pricing charts. Indeed, Scandinavian cities take the top three places in a new study that reveals the cheapest to most expensive European cities for dining out.

Top three most expensive cities for dining out:

Oslo topped the list as the most expensive European city to enjoy a meal out with an average cost of €66.48 for two, almost 400% higher than the average cost in Istanbul.

Norway hosts two of the top three most expensive cities (Oslo and Bergen) for dining out which could be attributed to the country’s high monthly net salary average of €3,068 compared to Turkey’s average monthly net salary of €346.

Copenhagen ranks as the second most expensive city in Europe for eating at a restaurant with an average of €63 for two. It has the second-highest cost for a meal at a mid-range meal, costing €94.10, only €4.80 less than Oslo.

Turkey’s largest city, Istanbul, has an average cost of €17.42 for two people to dine out. It offers many low-budget dining experiences, topping the lists for mid-range meal, lunchtime meal and pub dinner to make it the cheapest city in Europe.

St. Petersburg is the second cheapest city to dine out in Europe with an average cost for two totalling €21.60. The Russian city provides a variety of low-priced restaurant options including pubs. However, the average price to eat at a mid-range restaurant is €30.10, €10.90 more than Istanbul.

Budapest placed as the third cheapest city to eat out in Europe, costing only €22.50 for two people. The Hungarian capital also topped the list as the cheapest place to eat a three-course meal at an Italian restaurant with an average cost of €31 for two people.

The study carried out by Maxima Kitchen Equipment used data on the cost of living from Expatistan and Numbeo.