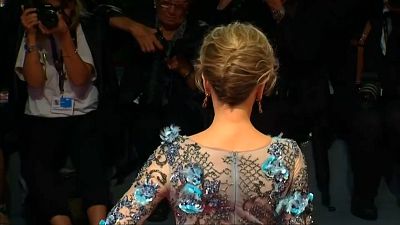 It has become a flood of celebrities coming forward to comment on the Harvey Weinstein scandal, either about their personal experiences at his hands, or to widen the debate about the entire film industry, and beyond.

“Thank God it’s being talked about, you know. This is hardly unique in Hollywood. It’s very very common, just as it is in every country of the world, in every aspect you know, in business and government, it’s the entitlement of too many men and it is epidemic. And when they’re famous and powerful like Harvey then it gets talked about,” said Jane Fonda.

‘‘You know this man is at the top of a very particular iceberg you know, I don’t think you can describe him as a sex addict, he’s a predator, that’s different. One of the big problems about the way in which our systems work at the moment is that there are so many blind eyes. I think there are probably about a million missed opportunities to call this man out on his disgusting behaviour,’ said Emma Thompson.

Rose McGowan has been vociferous in her criticism of Amazon, a newcomer to the business, whose studio boss allegedly refused to take her complaints
about Weinstein seriously. She tweeted a powerful accusation.

This IS exactly what is going on https://t.co/qgYmXI9Ue2

“I think ‘thank God it’s all coming out’, it’s horrific. And thank God it’s coming to the forum and these incredible women are feeling brave enough to be able to come forward and hopefully it means, you know, that people in his position will think twice before they abuse their power so horrendously, and this could be the end of this, this kind of terrible abuse,” said Carey Mulligan.

Of course Weinstein is far from being the only powerful, high-profile man to recently come under fire for his sexual misconduct. French politician Dominique Strauss-Kahn was on the verge of becoming the Socialist party’s presidential candidate in 2011 when his uncontrolled urges brought about his fall from grace, ending his political career.

And during the Weinstein brouhaha another prominent American’s name is not really being mentioned, despite it being news in 2016. While less extreme in terms of frequency and longevity, the pattern is strikingly similar, as the editor of one American publication has recently noted, and listed, lest we forget.