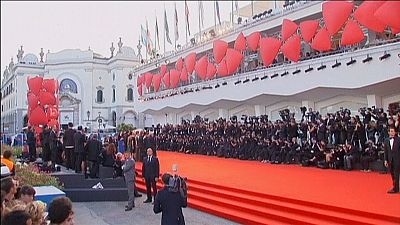 Running from September 2-12, Hollywood names dominate the bill with the festival quickly becoming a key primer for Oscar season.

The full line-up for this year's Venice film festival has been revealed http://t.co/zHmwkNzaiUpic.twitter.com/onXWykOKc7

The festival’s director Alberto Barbera explained that “the American contingent is probably the most surprising, the most varied. You will watch the movies and you can already imagine how different from each other they are.”

“Then there is a much awaited movie. On the Internet people have been talking about it for months. At last you will see it at the Venice festival and it is the Fukunaga movie. As you already know, Fukunaga is the director of one of the most successful American TV series, ‘True Detective.’ He made a movie that can be disturbing, which is inspired by a book that tells the story of child soldiers in an African country.”

The world’s oldest film festival will open with “Everest”, starring Jake Gyllenhaal, Keira Knightley and Robin Wright. It is based on the 1996 climbers’ disaster on the world’s highest mountain.