Manchester United gave its grieving home city a timely cause for cheer by winning their first Europa League trophy on Wednesday, beating Ajax 2-0 in Sweden.

Some 6,000 Man U fans gathered in a bar in the city to watch their football team in action on a big screen.

The fans inside observed a minute’s silence – along with the players and crowd in the Friends Arena in Stockholm – in honour of the victims killed and injured in a terror attack in Manchester on Monday.

Like in the stadium, the silence in the bar broke into applause.

There were roars of joy after Paul Pogba and Henrikh Mkhitaryan’s goals, and the final whistle which sealed a historic victory for Jose Mourinho’s men.

The fans celebrated their team’s win as a victory over terrorism.

“ISIS or whoever… They have achieved nothing. All they’ve achieved is prove how evil they are. And we are here tonight and we are celebrating and we have won,” one supporter said.

To access the fan zone, people were required to pass through stringent security checks and metal detectors. 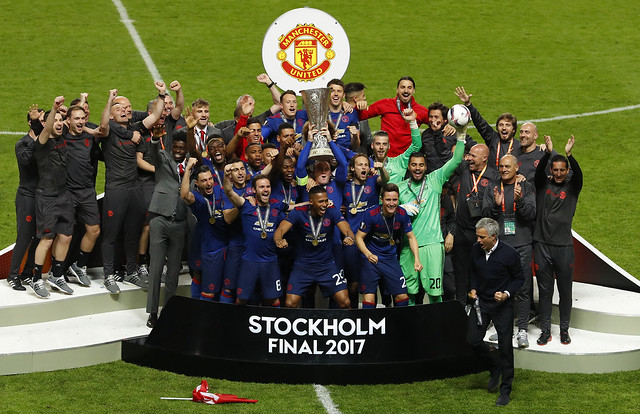