In a massive cyber attack, Twitter accounts belonging to organisations like Amnesty International and UNICEF have been hacked, apparently by supporters of Turkey’s President Recep Tayyip Erdogan.

A swastika and the words ‘Nazi Germany’ and ‘Nazi Holland’ in Turkish feature on hijacked Twitter handles, alongside the message “See you on April 16”.

That is when Turkey will hold a referendum on granting Erdogan more powers.

Other Twitter accounts hacked include the European Parliament, the UK Department of Health, BBC North America and Nike in Spain.

And there is a link to a video showing Erdogan, who has used the Nazi insult against Germany and the Netherlands after campaign rallies by his ministers, for Turks abroad, were cancelled in those countries. 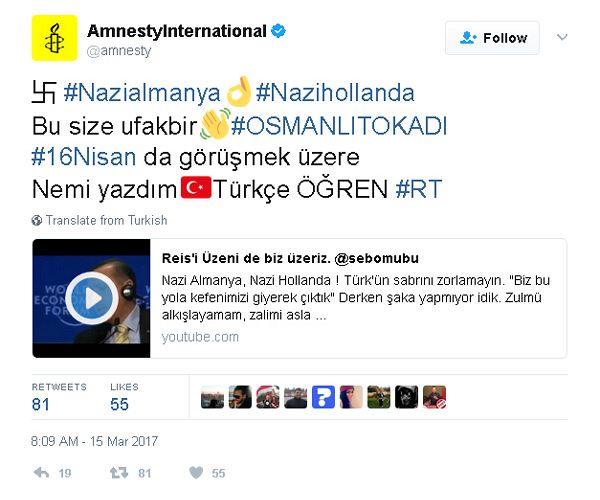 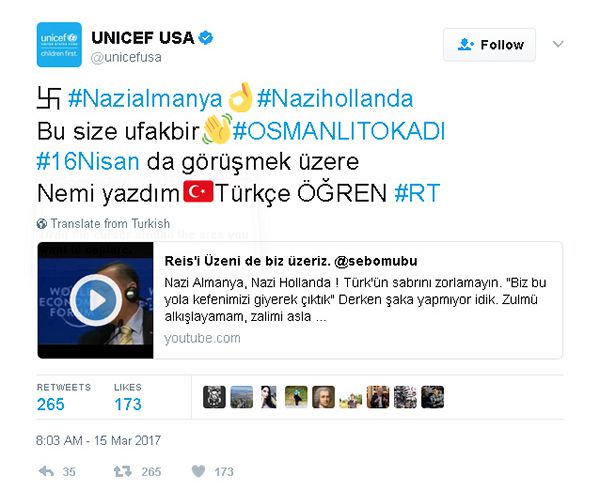 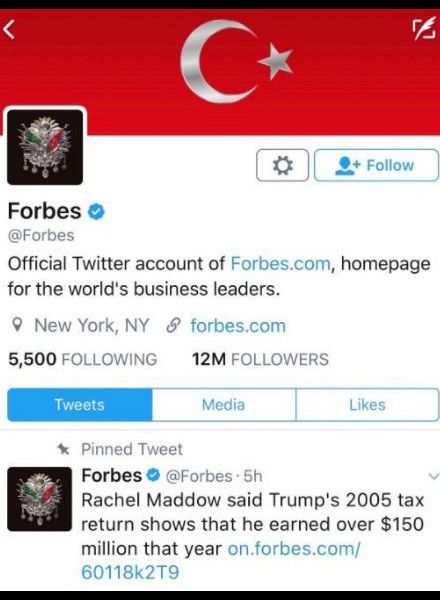 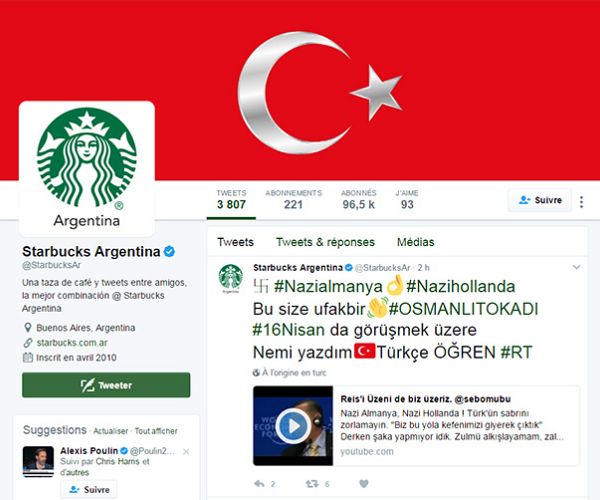 The hashtag “#NaziHollanda”, seemingly echoes the words of Turkish politicians, including Erdogan, who have accused Dutch authorities of fascism after a series of cancelled political rallies across Europe.

The attacks appear to be simply a form of political vandalism, with many of the accounts affected having no apparent connection to the dispute.

Some had recovered by the time the story made headline news. The Twitter profile of BBC North America noted: “Hi everyone – we temporarily lost control of this account, but normal service has resumed”.

Hi everyone - we temporarily lost control of this account, but normal service has resumed. Thanks.

The escalation online is the latest twist in a spat that has seen Erdogan suspend high-level diplomatic ties with the Netherlands and brand the country’s citizens “Nazi remnants” for preventing his ministers at the weekend from addressing rallies of Turks living there.

A ‘Twitter’ spokesperson said: “We are aware of an issue affecting a number of account holders this morning. Our teams are working at pace and taking direct action on this issue. We quickly located the source which was limited to a third party app. We removed its permissions immediately. No additional accounts are impacted.”