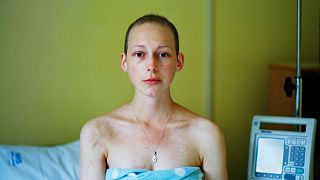 Every year the Royal Photography Society, one of the oldest and most prestigious organisations of its kind in the world, honours high-flyers and newcomers in the world of photography.

The Royal Society Photography Awards see accolades dished out for the most established names in the field alongside rising stars across categories that include fashion, science, and moving images.

2022’s awards - the 144th in the longest running photography awards in the world - seek to honour the power of photography to uplift people and culture across 17 genres and categories.

Here are some of the well deserved winners of this year's awards.

Tafreshi is known for his work which merges art and science and crosses the boundary between nature and culture.

Tafreshi is an Iranian-American based in Boston. Recognised for his fascination with the night sky, the photographer travels the world in his work for National Geographic.

Akomfrah is an artist and filmmaker who explores the themes of memory, postcolonialism, temporality and aesthetics often through the lens of migrant diasporas.

Their work has detailed the 1980s riots in Birmingham and London, the life of cultural theorist Stuart Hall, and raised questions on the promises made to migrants in the UK.

Afshar is an Iranian photographer who works across still and moving images, her work explores gender, marginality, and displacement.

Afshar began her career as a documentarian in Tehran before moving to Australia where she is now a visual artist.

A social and documentary photographer, Clarke uses her work to highlight political issues that fly under the radar.

Ijewere aims to showcase a new standard of beauty by focusing on diversity and identity in her fashion photography.

Born in Southeast London, Ijewere draws on her own Nigerian and Jamaican heritage and looks for ‘non-traditional’ faces.

Abril is a Spanish photographer who used her tenure at Colors Magazine to focus on women rights, grief and bio-politics.

Her installations have been exhibited in more than 15 countries and are part of collections such as the Centre Pompidou and Musée de l'Elysée.

Easton is a multi-award winning photographer whose practice is deeply rooted in the documentary tradition.

He focuses on social policy, identity and a sense of place in his work mixes portraiture, landscape and reportage.

Ratcliffe has been focusing on the South African landscape since the 1980s, particularly how the country has grappled with the aftermath of apartheid.

The photographer also spent three years documenting the fallout from the war in Angola from 2007 - 2010.

Smith was born in Detroit but now lives in New York. Her career was inspired by her father who, alongside a day job as a pharmacist, was an enthusiastic photographer.

This artist and lecturer is based in London and can boast work in collections in the Victoria and Albert Museum and the National Trust.