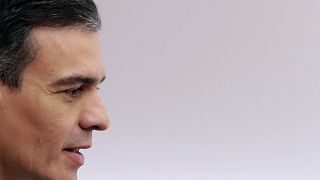 The Spanish parliament is sitting for the first time since November’s inconclusive general election - but a new government for the country still looks to be a long way off.

Socialist leader Pedro Sanchez is seeking to form a coalition government with far left partners Podemos, but the two parties together don’t have enough seats to form an absolute majority - so they’ll need the cooperation of at least some of the other parties in what will be a highly-fractured parliament.

Simon Hunter from El Pais newspaper told Good Morning Europe that more uncertainty was the most likely outcome for the Spanish population.

“The negotiations are going well for the coalition government that’s planned between the Socialist Party and Podemos,” says Hunter. “Podemos has reduced some of its expectations in terms of economic policy. But the problem that Sanchez faces is that he is mostly likely going to have to rely on the abstention of a pro-Catalan independence party, the IRC. As soon as Sanchez makes overtures to that party, it gives the opposition ammunition to attack. And while Sanchez would like this to happen quickly, the IRC is saying no, we’ve got all the time in the world, we’re in no hurry.”

Watch Simon’s analysis in the video player above.