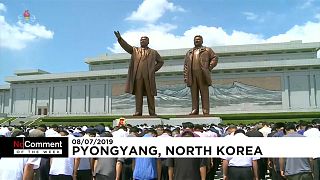 Hay, straw, and a challenge for sculptors at contest in French Alps

Tens of thousands of New Yorkers celebrated the fourth victory of the US women's football team at the Women's World Cup.