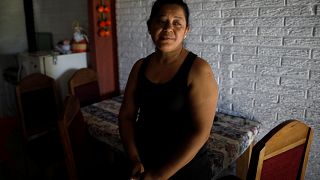 The image of a father and daughter who drowned trying to cross the Rio Grande has created calls for a new approach to the migration question in the United States.

"I hope that picture alone will catalyse this congress, this senate, this committee, to do something,” said Republican Senator Ron Johnson.

Óscar’s mother Rosa Ramírez said her son had contacted her shortly before trying to make the crossing.

"The last message he sent me was on Saturday,” she said. “He said 'Mama, I love you. He said 'take care of yourselves because we are fine here.' When I read that message, I don't know, it made me want to cry because I saw it as a sort of good-bye."

Watch the interview in the video player above