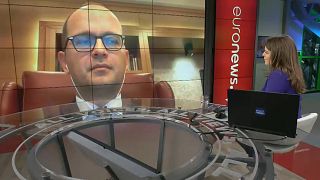 One of the chief negotiators for Albania’s bid to join the European Union has accused member states of going back on promises over the accession timetable.

The EU has pushed back a decision on the start of accession talks until October, with many states said to be against an early entry for Albania.

“It is clear that they didn’t stick to the conclusions made in 2018,” he said. “It was in that council that the pathway towards accession talks for Albania and North Macedonia was ensured, according to which June 1019 would have been the moment to define the date of the start of accession negotiations.

“It’s clear that the position of a few member states is getting colder if not hostile for internal reasons in relation to the enlargement process.”

France is among those wanting to slow down the accession process, but Bushati says Paris can be won over.

“I think the position of France can easily be reconciled with the Albanian position,” he said. “Because we’re not speaking about the membership date, we are talking about the launch of the accession process.”

“Political consensus is needed to sustain these reforms which have nothing to do with left or right,” he said. “It’s the precondition for success and this has unfortunately hampered Albania’s ability to move faster toward the European Union.”

Watch the interview with Ditmir Bushati in the video player above