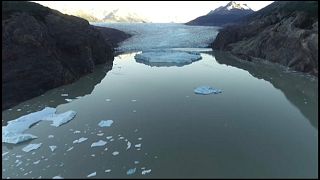 Two new icebergs have broken off the Grey Glacier in Chile's Patagonia in recent weeks, amid fears that such ruptures are becoming more frequent, scientists told Reuters.

The breaks, which occurred on February 20 and March 7, came after a larger block of ice the size of three soccer fields (380 metres by 350 metres) separated from the glacier — that sits in a glacial lake in Torres del Paine National Park in southern Chile — in November 2017.

The most significant rupture to the glacier before that was recorded in the early 1990s. Scientists link the increased frequency of breaks to rising temperatures.