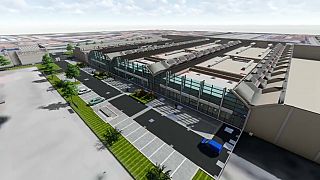 New weather supercomputer to be installed in Bologna

A next-generation supercomputer is set to be installed in Bologna, Italy.

The new system could help predict the weather with more accuracy, giving people a better chance of preparing for high-impact events such as windstorms or floods.

Meteorologists and scientists from across Europe gathered in the Italian city to celebrate the launch of the supercomputer, which will be installed in 3 to 4 structures on the grounds of a former tobacco factory.

Established in 1975, the Centre consists 22 European member states and 12 co-operating states. ECMWF will build and run the new facility and the supercomputer, which, by the end of 2020, will replace the older model placed in the headquarters in Reading in the United Kingdom.

Rabier says that the launch of the European supercomputer facility is truly a leap forward for warnings of severe weather in Europe, which is one of the core tasks of the ECMW.

“The real thing is saving lives and property, which is the most important really. Being able to see a heatwave coming so people and authorities can start putting up air conditioning into place and doing all the things needed to protect people,” she says.

A staff of 20 computer and maintenance experts will be involved in running the facility. The supercomputer itself will unleash the power of many laptops combined, according to Martin Palkovič, Director of Computing, at ECMWF.

“Hundreds of thousands to millions of laptops. So, this is the performance that we need to simulate and model complex things such as a weather forecast,” Palkovič said.

The price tag on the facility will be 160 million euros. The supercomputer alone will cost 70 million euros. Worth every euro cent if you ask Jean-Marc Lacave, President-Director General of Météo-France, who studied the numbers after the use of supercomputers for weather predictions in his home country.

“When you invest one euro in a super calculator, the saving of money and the benefit for society is 12 times the investment. It’s the same on the European level, so I have no doubt about the utility of this investment,” he said.