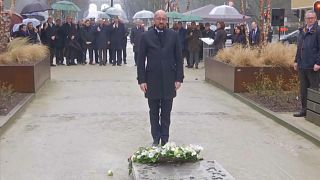 Belgium observed moments of silence on Thursday to remember the victims of the terror attacks at the Brussels airport and Maelbeek metro station two years ago. Sixteen people were killed at the station and another 16 at the airport, with hundreds more injured.