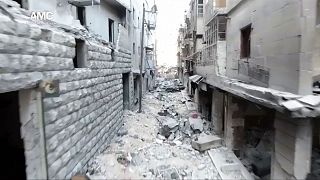 The video appears to show the complete destruction of the district, with some buildings razed to ground and streets filled with rubble. Most of the area appears to have been abandoned.