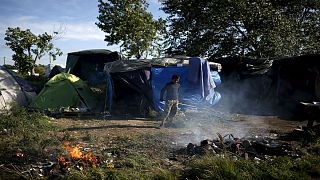 A spokeswoman for the United Nations High Commissioner for Refugees said on Thursday (August 6) that EU members needed to work together to solve the refugee crisis in Europe, with thousands crossing into the continent in search of a better life.

More than 3,000 people have set up a temporary home in the camp in Calais, waiting to attempt an illegal crossing to claim asylum in Britain.

The northern French port has become one of the front lines in Europe’s wider migrant crisis alongside Italian and Greek islands, which are used as an entry point for those crossing the Mediterranean from Africa or the Middle East.