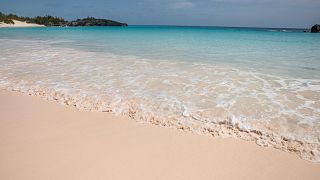 After more than two years, Bermuda has lifted its strict COVID-19 rules for international arrivals.

Until now, all visitors had to show a negative pre-departure test, and unvaccinated travellers also had to take a test four days after arrival.

As of today, Bermuda has dropped its requirement for pre-departure testing, arrival testing, and day-four testing. From 14 November, the territory will also drop the requirement to apply for a Travel Authorisation and to provide proof of vaccination or medical insurance. The pre-pandemic digital Bermuda Arrival Card form has been reinstated in its place.

Why Bermuda should be on your travel bucket list

With its iconic pink sand beaches and teeming reefs, Bermuda is a firm favourite among holidaymakers from the US, Canada and Europe. In 2019, tourist spending brought €560 million to the island. With COVID restrictions in place, this plummeted to €72m in 2020.

Despite dwindling visitor numbers, Bermuda’s tourism industry didn’t rest during the pandemic. New hotels, including St Regis Bermuda, cropped up while grande dame Cambridge Beaches took the opportunity to have a multi-million-dollar facelift.

The island also became more accessible than ever. In 2021, British Airways’ London to Bermuda service switched from Gatwick to Heathrow, meaning more connections with Europe. In March 2023, BA will launch a daily flight to Bermuda from Heathrow.

With direct flights from London taking seven hours, and a time difference of just four hours (UTC -3), Bermuda is tempting for holidaymakers wanting a tropical beach escape - or even those looking for a beach-based workation. The island’s Work from Bermuda scheme lets you stay and work remotely on the island for up to 12 months.

Want to travel more sustainably? Bermuda has you covered

“We were already thinking about sustainability before other destinations had to,” says Tracy Berkeley, interim CEO of the Bermuda Tourism Authority. “There's such a respect for the island,” she adds.

At just over 53 km-squared, the island must be carefully regulated to protect its limited land mass and delicate marine ecosystem - not to mention the natural beauty that sustains its tourism industry.

Beyond their status as a visitor attraction, Bermuda’s reefs provide valuable protection against coastal erosion and flooding by acting as natural breakwaters. The island is heavily invested in protecting the reefs’ ecosystem by banning fish pots and spearfishing, protecting parrotfish against fishing, and curbing invasive species such as lionfish with an annual hunting ‘derby’.

No-wake zones are also in place to protect the island’s green turtles from fast moving boats and jet skis. Once hunted for their meat and considered endangered, their population is now thriving.

Nowhere are Bermuda’s conservation efforts more pronounced than Nonsuch Island. A 60-year rewilding project has restored the island’s flora and fauna to a ‘pre-colonisation’ state. It now shelters several critically endangered species, including the Bermuda petrel or ‘cahow’, which is being brought back after more than 300 years of having been thought extinct.

Though Nonsuch is closed to public access, the Bermuda Railway Trail offers a nature escape for hikers and cyclists. The railway was opened in the 1930s after cars were banned for fear they would deter tourists looking for peace and quiet. Now abandoned, its scenic 30-kilometre route offers one of the best ways to explore the island.

Though cars are no longer banned, gas car rentals are not permitted on the island and residents are only allowed one car per family or household. Electric cars are available to rent - though be mindful of the 35kph speed limit.

Divers are drawn to Bermuda’s underwater caves and shipwrecks

These careful conservation efforts have made Bermuda a paradise for divers.

Known as the ‘Shipwreck Capital of the Atlantic’, the island’s submerged vessels provide habitat for an abundance of marine life. At least 300 wrecks are scattered around the island, the most iconic of which is Mary Celestia.

The 225-foot US Confederate Army steamer sank in 1864 while trying to break the Union’s blockade of the South during the American Civil War (Bermuda sits just under 1,400km off the coast of North Carolina). Intact bottles of wine, perfume and cologne were found on board as recently as 2011.

Ringed by 320 square kilometres of protected coral reefs, Bermuda has no shortage of natural habitats for marine life, too. Expect to see blue angelfish, parrotfish, spiny lobster and trumpetfish - and don’t miss the so-called ‘Cathedral’, a spectacular underwater cavern where lobsters, schools of snapper and parrotfish hide. If you’re lucky, you may even encounter humpback whales.

Bermuda also benefits from a more temperate climate than its neighbours to the south in the Caribbean. This shields its corals from mass bleaching events caused by rising ocean temperatures.

To learn about the island’s rich marine habitats on dry land, head to the Bermuda Underwater Exploration Institute for interactive exhibits and history on the infamous Bermuda Triangle.