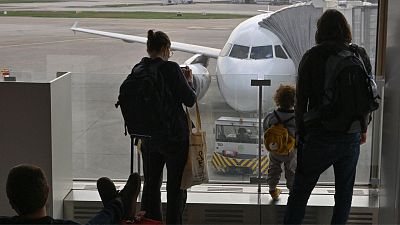 Over the last two years, COVID-19 became a serious risk for people travelling by plane. For many months flights were cancelled, restrictions imposed and going abroad became practically impossible.

But now, passenger numbers are picking up and more of us are choosing to fly once again. And the rebirth of the aviation industry has created a whole new set of problems.

A shortage of staff following COVID cutbacks has led pilots, ground staff and cabin crew to worry about fatigue as they attempt to keep up with rising demand. Adding to the chaos, employees are having to reacquaint themselves with official processes they haven’t used for up to two years.

With these pressures come concerns about the safety of flying post-pandemic.

Why are people worried about flight safety post-pandemic?

COVID-19 brought massive disruption to the aviation industry. In 2019, more than 4.5 billion passengers flew on commercial airlines. Just 1.8 billion flew in 2020 as many planes were grounded and only essential travel possible.

“Let’s take a step back and review what occurred in 2020 and 2021,” says Mark Searle, director for safety at the International Air Transport Association (IATA).

“Overnight, airlines were virtually shut down by government-mandated border closures and travel restrictions. Thousands of aircraft were parked. Tens of thousands of airline employees including cockpit crew were furloughed or made redundant.”

New challenges and shocks to the system have arisen in recent months due to the unanticipated surge in demand for air travel.

But then, travel started to bounce back as restrictions lifted. People wanted to make up for the holidays they had missed during the pandemic and demand began to rapidly rise.

“New challenges and shocks to the system have arisen in recent months due to the unanticipated surge in demand for air travel,” writes Patrick Ky, executive director of the European Air Safety Agency (EASA) in his introduction to the organisation’s 2022 safety review.

“This recovery has been severely challenged by the unavailability of qualified and experienced staff at various key stages in the passenger process, particularly at the airport.”

The problems associated with this staff shortage can create stress and fatigue for airline and airport workers, he adds.

Are pilots out of practice?

EASA is monitoring the situation closely but some incidents have already attracted media attention.

Two Air France pilots came under scrutiny after they had a fight in the cockpit of a plane while cruising over Africa in June.

The airline said that the flight continued and landed safely without any further disruption. News of the incident emerged in August, just after the French air investigation agency BEA issued a report calling for tougher safety protocols.

The audit stemmed from a fuel leak in December 2020 on a flight from the Republic of the Congo to Paris. Pilots rerouted the plane but didn’t cut the engines or land as soon as possible - the correct procedure for fuel leaks. BEA warned that this meant the plane's engines could have caught fire.

The report found that some Air France pilots lack rigour in respecting procedures in place for incidents like this.

In Scotland, investigators found an incident at Aberdeen Airport in late 2021 was “partly down to lack of flying hours” due to pandemic travel bans. The Air Accidents Investigation Branch (AAIB) discovered that both pilots had not flown the aircraft in some time, contributing to problems with an aborted landing and rapid descent.

A co-pilot’s disrupted training and lack of experience may have also contributed to the tail of a plane striking the runway during a recent incident at Manchester Airport, the AAIB found.

Though the incidents have been minor and haven’t resulted in serious injury, it's clear to see why safety agencies have been quick to issue serious guidance upon the return of air travel.

Though many official agencies, like the EASA and IATA, have published notices calling for airports and airlines to watch out for potential problems, flying hasn’t actually become less safe.

According to IATA, the total number of accidents, and the rate of accidents and fatalities have dropped compared to both 2020 and the five years between 2017 and 2021.

The association also says that despite delays, scheduling issues and short staffing, it hasn’t identified any issues with flight safety related to this summer’s chaos.

“The industry understood that this unprecedented situation would require increased focus in operational areas to ensure a safe restart when borders began to reopen,” says Searle.

He explains that they quickly reorganised to address issues like fatigue and mental stress associated with the pandemic and problems with aircraft being grounded for long periods of time. IATA published extensive guidelines for its members on how to manage safety as soon as air travel began to bounce back.

The industry faced challenges related to the shutdown and restart of commercial aviation and it responded.

“So yes, the industry faced challenges related to the shutdown and restart of commercial aviation and it responded.”

Queues and delays at airports have seen passengers face massive disruption this summer. But the lack of airport workers hasn’t affected safety in the air.

“The issues experienced at some but by no means all European airports have related more to the processing of passengers at the airport and not the ability to carry them onboard aircraft,” he explains.

And, even though concerns were raised and guidance has been given, Searle says identifying these potential threats early is essential to maintaining the industry’s excellent safety record.

Italy travel: Ryanair and Vueling staff due to strike on Saturday