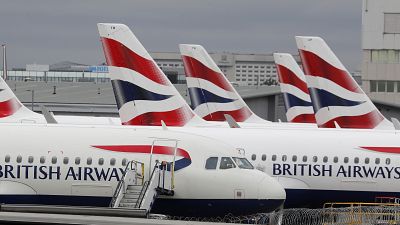 Flight disruptions, lost baggage and airport chaos has dominated travel news this summer. Amid the havoc, some are trying to take advantage of the situation.

A scam account posing as British Airways has been stealing from customers under the guise of recovering lost baggage.

The scam asked customers to wire money to an account in Kenya to recover their bags.

And to top off my #shitmorning a fucking scam account of @British_Airways reached out like they were the real thing. Do not let @british_airways0 speak to you. Thank god they only got my mobile number 🤦🏻‍♀️😫

British Airways tells Euronews Travel, “We would never ask for personal details in the public domain and would always recommend customers ensure they are dealing with the verified British Airways account by identifying the blue tick, which is displayed across all of our official social media channels.”

With post-pandemic staff shortages causing mayhem at airports, many airlines are dropping the ball - and the bags. British Airways has been under fire for losing passengers’ luggage during the summer holiday rush. The airline company has also announced that 1,000 flights will be cancelled before October 29, and a further 10,000 between then and March.

Passengers flying are warned to be extra vigilant against scammers trying to exploit the situation.

Earlier this month, watchdogs discovered other airline-related cons. In these reports, scammers would pose as popular airlines, offering what appears to be very cheap prices for last-minute tickets. After customers paid for the fake tickets, the “airline” would say that the price has increased and ask for additional payments.

Lufthansa, Wizz, BA: All the airlines cancelling flights this winter