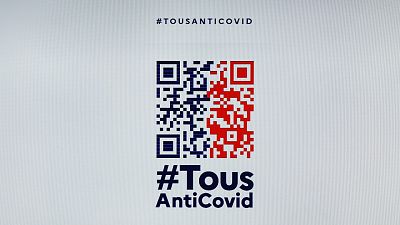 France has launched a COVID health pass to allow travel to and from its overseas territories, and eventually to other EU countries. It will allow vaccinated citizens, those who test negative or those who have recovered from COVID-19 to travel.

The pass, which is similar to the vaccine passports discussed by many countries, is part of the new "booklet" functionality on the country's COVID app, TousAntiCOVID. Within the "booklet" people can store vaccination certificates, test results or record recovery from COVID-19.

Cédric O, France's Secretary of State for Digital, told reporters that, "France is the first country [in the EU] to make this functionality available to its citizens."

Testing facilities, such as labs and pharmacies, will send COVID results to a system managed by the French health insurance system. They will "sign" it to guarantee its authenticity and it can then added to the app "booklet"

Similarly, when someone has received a vaccination dose a certificate will be issued and made available to be added to the app.

The TousAntiCOVID app has been downloaded by nearly 15 million people since its launch in June 2020. Those who do not have it will be able to print QR codes of their certificates.

Cédric O added that the system presents, "Two advantages; the forgery-proof nature of the test and its speed of reading" to enable border crossings.

When will it be ready for use?

First the system will be tested on flights from the mainland to Corsica, then to other overseas territories in the coming weeks.

On Twitter, Cédric O described it as, "the first step towards safe travel across the European Union."

How is the pass different from the European Green Certificate?

Brussels is working on a European Green Certificate to facilitate "safe and free movement" across the 27 member states bloc. It is currently on track to be released in June, internal market Commissioner Thierry Breton told French television on Sunday.

"The format of the European QR Code is not yet decided," a source close to Cedric O told AFP, "but the day it is, ours will be convertible."

French President Emmanuel Macron also announced on Sunday that the country is working on a "special pass" to allow vaccinated Americans to visit in the summer.

France hopes to begin easing COVID-19 restrictions in early May