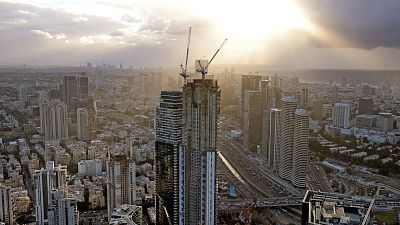 A cost of living study by the Economist Intelligencer Unit has named Tel Aviv as the most expensive city in the world.   -   Copyright  AFP
By Aisling Ní Chúláin  •  Updated: 05/12/2021

Around the world, high inflation and issues with supply chains are driving up prices and heaping pressure on our bank accounts.

But the pinch is likely to be felt more keenly in Tel Aviv, Paris, Singapore, Zurich and Hong Kong - the top 5 most expensive cities to live in, according to the Worldwide Cost of Living report from the Economic Intelligence Unit.

The Israeli city climbed five places from last year to take the top spot, largely propelled by their soaring currency and price increases for about one-tenth of goods in the city.

Most US cities fell down the rankings this year after the government injected money into the economy as part of their COVID-19 response.

The Worldwide Cost of living survey calculated the inflation rate of prices at 3.5 per cent which it says is the fastest recorded over the past five years.

Elsewhere, the cheapest cities to live are largely in Africa, the Middle East, and parts of Asia with Damascus retaining its place as the cheapest place in the world to live from last year.

For more on this story, watch the video in the media player.