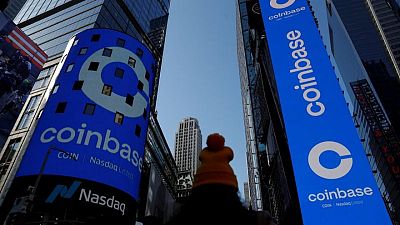 The US Securities and Exchange Commission (SEC) has threatened to sue Coinbase if the crypto exchange goes ahead with plans to launch a program allowing users to earn interest by lending crypto assets, the company said on Wednesday.

The SEC, which regulates financial institutions in the United States, has issued Coinbase with a Wells notice, the official way it tells a company that it intends to sue it in court, said Coinbase's chief legal officer Paul Grewal in a blog post.

Grewal said Coinbase would delay the launch of its 'Lend' product until at least October as a result.

"This is a quite volatile, one might say highly volatile, asset class, and the investing public would benefit from more investor protection on the crypto exchanges," Gensler said in remarks at the Financial Industry Regulatory Authority (FINRA)’s annual conference.

Programs that allow owners of cryptocurrencies to lend these in return for interest are becoming more common around the world, but some regulators, particularly in the US have started to raise concerns, arguing that such products should comply with existing securities laws.

The US state of New Jersey ordered the cryptocurrency platform BlockFi Inc in July to stop offering interest-bearing accounts that have raised $14.7 billion (€12.4 billion) from investors.

Grewal said in his blog that the SEC's concerns about Coinbase's 'Lend' were related to the fact that the regulator believed the product involved a security.

Grewal said Coinbase felt that this was not the case.

The SEC did not respond to a Reuters request for comment outside office hours.