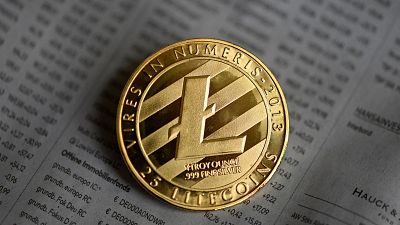 US supermarket giant Walmart has said it is investigating a fake press release announcing a partnership with the cryptocurrency Litecoin which led to an almost 30 per cent spike in the token's value on Monday.

The hoax press release was published by GlobeNewswire, a legitimate news release distributor, and subsequently picked up by numerous outlets, including the Reuters news agency and US business news channel CNBC.

The release entitled "Walmart Announces Major Partnership With Litecoin" made the false claim that Walmart, the world's largest retailer, was planning to accept Litecoin as payment starting on October 1.

Litecoin's price shot up following the press release's publication, peaking at €178.97. However, the price soon fell back as Walmart released its own statement saying it had "no partnership" with the cryptocurrency.

"Walmart had no knowledge of the press release issued by GlobeNewswire and there is no truth to it. Walmart has no relationship with Litecoin," a company spokesperson told Reuters.

GlobeNewswire is conducting an investigation into what happened, Dave Pleiss, vice president of investor and public relations for the press release wire's parent company Intrado, said.

Retweeting was 'our mistake'

The Litecoin Foundation also said it was unaware of the press release's origin. The official Litecoin account briefly retweeted the story on Monday, before deleting it.

"We will make sure to have stricter controls on our social media accounts so that something like this doesn't happen again".

The Litecoin Foundation - a non-profit organisation that promotes the cryptocurrency and is run by Lee - said that the hoax was being investigated but little headway had been made.

US government threatens to sue Coinbase over crypto lending programme

Did Kim Kardashian 'scam' her Instagram followers with crypto advert?