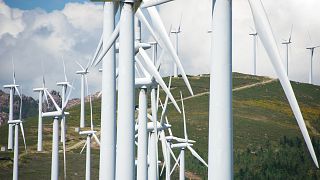 With almost half of Finland’s wind power domestically owned, the renewable energy source is providing a significant lifeline during the current energy crisis.

“Wind power is now increasing our country’s energy self-sufficiency at a really good pace - just when new and affordable electricity production is most needed,” says Anni Mikkonen, CEO of the FWPA.

As with other European countries, Finland sped up its renewable energy transition in reaction to fuel shortages after Russia’s invasion of Ukraine.

In December, the International Energy Agency (IEA) predicted that global renewable power capacity growth will double over the next five years.

However, fuel shortages have also led to short term relaxations of some climate measures. In Austria and Germany, coal power stations were restarted to keep up with the demand for power. In Finland the proportion of renewable fuel that oil retailers must include in their mix was reduced.

Nevertheless, the growth in renewables is also helping Finland achieve its ambitious climate goals. The country hopes to be one of the first in Europe to reach net zero, setting a 2035 target - well ahead of the EU’s 2050 goal.

How much did Finland’s wind power capacity increase in 2022?

In 2022, Finland put 427 new wind turbines into operation, adding 2,430 megawatts of capacity. One megawatt could power an estimated 1,000 homes, meaning the new turbines could service over 2.4 million households.

The country now has a total of 1,393 wind turbines producing a combined power of 5,677 MW - potentially enough to power an estimated 5.5 million homes in a country with a population of 5.5 million.

Wind power capacity is expected to increase by around 1,000 MW annually over the next few years. By 2025, wind is expected to cover at least 28 per cent of Finland’s electricity consumption, up from almost 10 per cent in 2021.

The wind power Finland added in 2022 brought €2.9 billion in investments to the country.

“No other industry currently brings as many annual investment euros to Finland as wind power,” says Mikkonen. “Wind power also brings vitality to many small municipalities, where investment targets may otherwise be few.”

With the cost of renewables trending downwards, it could also reduce the country’s energy prices in future.

“No other electricity generation can be built in Finland as quickly and as cost-effectively right now,” says Mikkonen.

According to Oxford University researchers, ending fossil fuel use by 2050 will save the world at least $12 trillion (€11.3 trillion).

The production of wind power has increased by 23 per cent a year globally. As capacity surges, costs will continue to fall.

Meanwhile the price of fossil fuels - when adjusted for inflation - has not dropped significantly over the past 140 years. Any major changes have been due to geopolitical events like the war in Ukraine.

Overall, this means renewables will be cheaper than fossil fuels, despite higher upfront costs.

Which other European countries are embracing renewable energy?

Across Europe, solar is dominating the renewables revolution.

Solar power in Europe soared by almost 50 per cent in 2022, according to a report from industry group SolarPower Europe.

It reveals that the EU installed a record-breaking 41.4 GW of solar this year - enough to power the equivalent of 12.4 million homes.

“No other energy source is growing as quickly or reliably as solar,” says SolarPower CEO Walburga Hemetsberger.

The upward trajectory is set to continue, with the International Energy Agency saying the EU needs to install around 60 GW of solar power in 2023 to compensate for shortfalls in Russian gas.

Wind power is also on the rise. At the COP27 climate summit in November, nine countries signed up to the Global Offshore Wind Alliance (GOWA) - a pledge to develop more offshore wind energy. Signatories include Belgium, Colombia, Germany, Ireland, Japan, the Netherlands, Norway, the UK, and the US.

The alliance aims to have a total installed capacity of at least 380 GW by 2030.

Wind energy currently generates 15 per cent of Europe’s electricity according to Wind Europe, supporting 300,000 jobs across the continent.

The UK is the largest producer of wind power though there are significant markets in Germany and the Netherlands too.