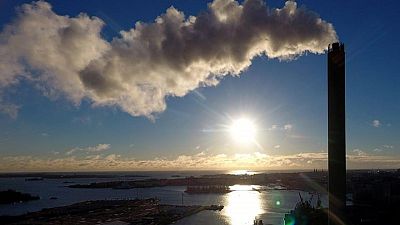 HELSINKI -Finland will invest up to 850 million euros ($924 million) in ensuring it meets its energy needs and to speed up breaking away from dependence on Russian supply, the government said on Thursday.

Finland, which has previously invested in nuclear power, is already less dependent on Russian energy than many other European countries, but the government wants to cut its last ties.

In 2019, oil imports amounted to 22% of Finland’s total energy consumption, coal for 7% and gas for only 5%, Bank of Finland and Statistics Finland data showed.

Finland will rent a new floating LNG terminal, together with Estonia, to put an end to gas deliveries from Russia, Minister of Economic Affairs Mika Lintila told reporters, without revealing its financial value.

“After this, we will have enough capacity to operate independently,” he said.

In addition to the LNG terminal, the investments will be made in measures such as ensuring sufficient energy supplies for the next Northern hemisphere winter.

The government said it had to scale back its climate measures temporarily in order to ease the impact of rapidly rising energy prices, though its long-term goal is to speed up Finland’s shift to green energy with the investments.

The scaling back means lowering to 12% the existing requirement for oil retailers to include 19.5% renewable fuel in their oil mix this year and next, which Lintila said would hopefully lower the oil price per litre by 12 euro cents.